Britain is a country with a nation called Wales, where old men of a certain age are deemed not worth screening for bowel cancer

More than 2,200 people are diagnosed with bowel cancer each year in Wales and more than 900 people die from the disease. It’s the second biggest cancer killer in the nation and currently, men and women aged between 60 to 74, like those in the rest of Britain, are invited to be screened every two years for the disease, which involves the use of a free home-testing kit the results of which which are sent off for analysis. 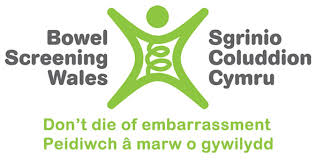 Old men and women over the age of 74 in Wales are not invited to be screened.

Michael Smith, who is 76 and his 77 year old wife, Myra, who live in Marford, near Wrexham in Wales, used to receive the tests, but are now no longer eligible because of their age. Myra contacted Public Health Wales's 'Bowel Screening Wales' programme to ask if she could pay for a test for herself and Michael, but was told "categorically no". She also tried her GP surgery and a chemist without success.

"It's just sad that whoever decides this thinks that you are too old after 74 for any sort of medical tests. I think if we could just get them, it eases our minds."

Lowri Griffiths, Head of 'Bowel Cancer UK' in Wales, said : "We are pleased that the Welsh Government has recently committed to lower the screening age to 50, as this will no doubt help to diagnose more cancers in this younger age group. We are mindful, however, that those aged 75 and over here in Wales are not allowed to opt back into the screening programme, unlike people living in England and Scotland. The risk of bowel cancer increases with age and, therefore, we at Bowel Cancer UK strongly believe that there should be parity across all four nations of the UK to ensure everyone has the same opportunity to have bowel cancer either prevented or detected early. We would therefore ask the Welsh Government to review their position and to take action to address this inequality of access."

A Welsh Government spokesman stated, with a masterpiece of obfuscation : "Wales, like the rest of the UK, follows the expert advice of the UK National Screening Committee which advises that bowel screening should be provided up to the age of 74. Population screening is not without risks so there needs to be a balance between the benefits and harms of the screening test being offered. Screening in older age groups which don't have symptoms can mean the additional risks from false positive results and any follow-up invasive investigations can outweigh the potential benefits."

Myra said : "I was quite surprised that there was a cut-off point because you feel that at mid-70s is a dangerous age for when these things can crop up. It seems crazy that there should be a cut-off point in this day and age, as young as 74. If the age of dying was 75 you could argue it's not important, but people are living to 85, 95 - my poor old mum's just gone at 97. Now, I know they won't extend it to that sort of age but I would've thought adding the age by five years would've been worthwhile." 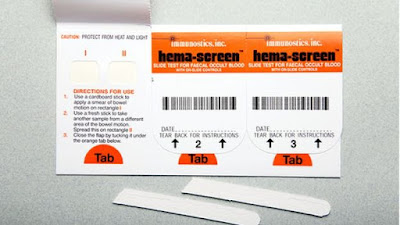