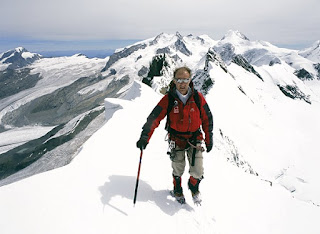 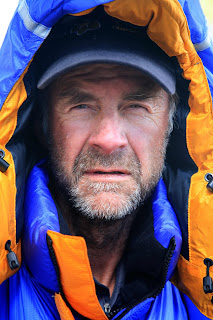 Sir Ranulph Twisleton-Wykeham-Fiennes, 3rd Baronet, OBE, was born on this day, March 7 1944, 66 years ago. Here is the weather chart for that day :

Born on 7 March 1944, better known as Ranulph (Ran) Fiennes, he is an 'adventurer' and holder of several endurance records.

Things you probably didn't know about him :

* Was born in Glasgow, shortly after his father, a Lieutenant-Colonel, was killed in the Second World War at Monte Cassino in 1944.

* Inherited his father's title and became, the 3rd Baronet of Banbury, at his birth.

* Is the third cousin of actors Joseph and Ralph Fiennes, and is a distant cousin of Britain's royal family.

* After the War his mother moved the family to South Africa where he remained until he was 12.

* Ranulph then returned to be educated at Eton and then joined the British Army where he served for eight years including a period on counter-insurgency service while attached to the army of the Sultanate of Oman.

* Was appointed OBE in 1993 'for human endeavour and for charitable services' — his expeditions have raised £5 million for good causes.

* According to the Guinness Book of World Records he is 'the world's greatest living adventurer.'

Here is my favourite :

* As a young soldier he was offended by the construction of an ugly concrete dam built for the film 'Doctor Dolittle' in the Wiltshire village of Castle Combe — reputedly the prettiest village in England.
He planned to demolish the dam and used explosives which he later claimed to have accumulated from leftovers on training exercises with the S.A.S.
He evaded search dogs by night, he escaped capture, but he and a guilty colleague were both subsequently traced.
After a court case, Fiennes had to pay a hefty fine and he and his co-conspirator were discharged from the SAS.
Posted by ...............................JohnBoy at 23:21