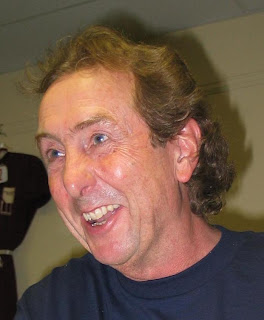 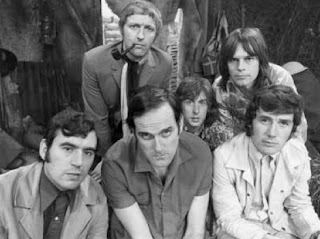 * born County Durham in Harton Village, his father served in the Royal Air Force and survived World War II, only to be killed in a hitch-hiking accident in 1945.

* his mother had difficulty coping with a full-time job and raising him and when he was 7, enrolled him into the Royal Wolverhampton School as a boarder.

* he is quoted as saying : "It was a physically abusive, bullying, harsh environment for a kid to grow up in. I got used to dealing with groups of boys and getting on with life in unpleasant circumstances and being smart and funny and subversive at the expense of authority. Perfect training for Python."

* he became Head Boy, but was caught at the local cinema on sports afternoon and was stripped of his prefecture.

* he refused to be senior boy in the school 'Cadet Force', as he supported the 'Campaign for Nuclear Disarmament' and took part in the yearly 'Aldermaston March'.

* he said that there was little to do at the school and boredom drove him to study hard and consequently won a place at Cambridge University to study English.

* he was invited to join the 'Footlights Club' by its President, Tim Brooke-Taylor and Club member, Bill Oddie. Other members included Graham Chapman and John Cleese He became in 1965 and was the first to allow women to join.

* from 1967–69 he starred in a children's television comedy series along with future 'Python' members Terry Jones and Michael Palin and Terry Gilliam provided animations for the show.

* from 1969–83 he appeared in 'Monty Python' where his work is often characterised by an obsession with language and communication:

the man who spoke in anagrams,
the man who said words in the wrong order
the butcher who alternated between rude and polite every time he spoke


* One of the younger members of the Python team, he was closest in spirit to the students and teenagers who made up much of Python's fanbase and sketches dealing with contemporary obsessions like 'pop music', 'sexual permissiveness' and 'recreational drugs' were his work, They were often characterized by double entendre, sexual references, and other 'naughty' subject matter — most famously demonstrated in the 'Nudge Nudge' sketch. 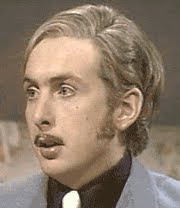 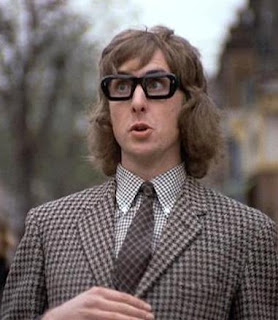 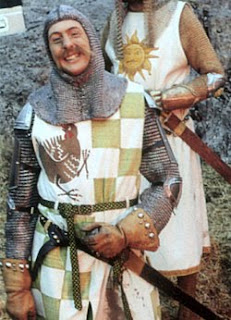 * A competent guitarist, he composed many of the group's most famous musical numbers, most notably "Always Look on the Bright Side of Life", the closing number of the film 'Life of Brian'
http://www.youtube.com/watch?v=jHPOzQzk9Qo

* Since 1983 has had a varied career on radio, TV, in stage opera, film voice-overs and on tour in Canada and the USA. He has also written books of fiction and non fiction.

But it is 'Monty Python' sketches that he will be remembered :