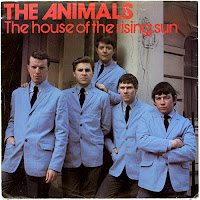 Brought up in Jarrow, South Tyneside, in 1962 at the age of 20, became a founding member of the 'The Alan Price Rhythm and Blues Combo' which was later renamed 'The Animals'.

I first heard 'House of the Rising Sun',in 1964 when I was 17 and he was 22.
http://www.youtube.com/watch?v=bwAw9ThDQmk
I must have been word perfect because I sang it at a party in Brighton when I was a student of 18 and an American called Jack was taken by voice and made 'enquiries' about me.

'Don't Let Me Be Misunderstood' came in 1965.
http://www.youtube.com/watch?v=d2FT4FprxDg 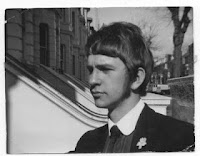 Working with Georgie Fame, he introduced the songs of Randy Newman to a wider audience
and produced 'Rosetta' in 1971.

In 1973, he wrote the music for Lindsay Anderson's film 'O Lucky Man!' and performed on screen in the film appearing as himself.
http://www.youtube.com/watch?v=lK3P97RfVaI&feature=related

He recorded the autobiographical album 'Between Today and Yesterday' in 1974, from which the single 'Jarrow Song' was taken which returned him to the 'singles chart'.
http://www.youtube.com/watch?v=QuXicJzTx5o&feature=related
In 1983, Alan took part in 'The Animals' last world tour with his solo performance of 'O Lucky Man' included in their set and still tours Britain with his own band and other manifestations of the 1960's : 'The Manfreds', 'The Searchers' and 'The Hollies'.

P.S.
Alan's 'Jarrow Song' was inspired by the 'Jarrow Crusade' which had taken place in his town in 1936, 6 years before he was born. It involved 200 men who marched the 280 miles to present a petition to Parliament in London to highlight the unemployment caused by the closure of the Jarrow Shipyard at the height of the Great Depression in world trade. Alan used a brass band to give the song a 'northern feel' and brought it to life with his named Crusaders : Geordie McIntyre with his 'bairns' or 'babies' and Billy White who knew "what's wrong" and knew "what's right".
His song, written in 1974 about events in 1936, has a strange resonance in the Britain in economic recession of today in 2012.
1
My name is Geordie McIntyre, an' the Bairns don't even have a fire,
So the wife says "Geordie, go to London Town!"
And if they don't give us half a chance , Don't even give us a second glance,
Then Geordie, with my blessings, burn them down.

3
My name is little Billy White and I know what's wrong and I know what's right,
An' the wife says "Geordie, go to London Town!"
An' if they don't give us a couple of bob, Won't even give you a decent job,
Then Geordie, with my blessings, burn them down.

6
Not all came here to stay their way and die,
But they would come and hit you in the eye.
Now's the time to realize that time goes on,
Nothin' changes, changes, changes.

9
My name is little Alan Price, I tried to be nice all of my life,
But I'm afraid that up to date it doesn't work.
Because when you lay some money down, the people try to put you down,
Now where do I stand, either side or not.