One of my posts in April this year :

It was based on a report by Stephen Moss, a naturalist and broadcaster working for the Trust, who had compiled a report calling on parents and particularly grandparents to pass on their experience of the outdoors – before the traditional childhood is relegated to the history books.

The National Trust has now published its list of '50 things to do before you're 11¾'.

So these are the things that old men who are granddads can help their grand kids to do :

So Old Men of Britain get ready to teach those grand kids by example. Have a bit of practise and following the National Trust advice, get yourself : 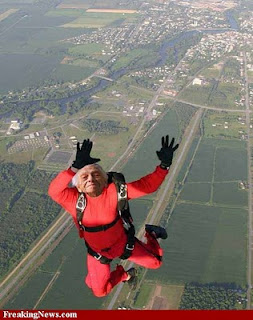