The DJs back in the oldie routine: Mike Read, Tony Blackburn and Dave Lee set to make magic on the radio after 30 years

The trio will have back to back shows on a Sunday night playing hits from the 60s, 70s and 80s

Thirty years after their Radio 1 heyday, these three old men, Mike Read, 65, Dave Lee Travis, 66, and Tony Blackburn, 69 are to reunite with each other in their back to back shows on 'Magic Network North'. 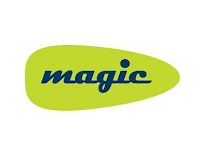 On saturdays and sundays Mike will host the 'breakfast show', Dave the mid morning programme and Tony, who still works for BBC Radio 2, the sunday afternoon show.
Dave said :
"There is a wealth of great music out there from the 1960s and 1970s and it isn’t getting played as much as it should." 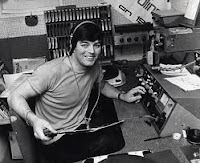 Tony, who began as a DJ on offshore pirate stations 'Radio Caroline' (on the left) and 'Radio London' before joining Radio 1 in 1967, said that he and the other DJs, had kept youthful because they were active and enjoyed working and learning.

Apparently, it always upsets Tony when he sees "older people that have just allowed themselves to get old. They avoid technology and trying new things because they are scared of it - what they don’t realise is that can be a new source of pleasure and it is good to keep learning".

"A big part of feeling old is a mental thing - though looking after yourself physically and doing a bit of light exercise also helps. I don’t feel like I’m almost 70. I don’t ever want to retire, I’m more ambitious than ever, and I am still having fun." 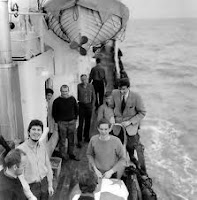 Like Tony, Dave (on deck on the left), began on 'Radio Caroline' before joining Radio 1 in 1968 and resigned on air in 1993 telling listeners he was 'unhappy with changes the BBC was making to Radio 1'. He also presented the 'World Service record request programme, 'Jolly Good Show', which Burmese pro-democracy leader Aung San Suu Kyi, recently revealed was a lifeline for her during her detainment under house arrest in Burma.

Mike worked in local radio before joining pirate radio station 'Radio Luxembourg' in the 1970's, graduated to Radio 1 and presented the 'Breakfast Show' in 1981 for five years and left in the early 1990s.

Letters to the Daily Mail produced a mixed response. 'Terry' of London said :
' Great news! I'm doing some decorating this weekend and this will be the perfect accompaniment as I watch the paint dry.'

Whereas, 'The Duke' from West Bromwich was less effusive :

'They were more irritating than a rash when they were at the "height" less of their careers. Possibly more to blame for dumbing down the musical taste of the public than any other part of the media. Blackburn and DLT were beyond awful as broadcasters. Kenny Everett knew how to do it - his was true brilliance.'

'denbo' from Aberdeen in Scotland, was very definite :
'They were bad the first time around and will still be bad why don't they waddle off into the sunset and do us all a favour.'

P.P.S.
Tony Blackburn talking about the film and his Radio Caroline days :
http://www.youtube.com/watch?v=d-GoutDkY_Q

Labels: Old DJ's back on the radio