'Age and Ageing' is an international journal publishing on geriatric medicine and gerontology with published research.

It carried an article last year by a research team led by Morten Frost at  the Department of Endocrinology at Odense University Hospital entitled :

The study :was based on a random sample of 4,975 Danish old men aged 60–74 years and 864 of those who completed the questionnaire had a telephone interview and 600 had a physical examination .

* 27 % of the old men reported physical inactivity, 22 % were smoking and 17 % had excessive alcohol intake.

* except for diabetes, all the chronic diseases investigated, including hypertension, musculoskeletal and respiratory diseases were underreported by the old men. 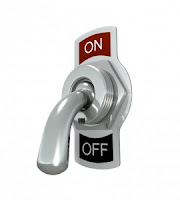 * erectile dysfunction, osteoporosis and hypogonadism resulting in the the old mens' gonads producing lower amounts of testosterone,  were 'substantially underreported' by the old men, even though these diseases were found to affect 48% and 21% of them, respectively.

The Study concluded that among old Danish men :

* there was a  high prevalence of 'detrimental life style factors' involving too much smoking, drinking and lazing around.

* a lot of underreported chronic disease

* a lot of underreported problems relating to their sexual organs.

Well, none of that sounds very encouraging. I thought that life in Britain was bad enough for old men, but I reckon its worse, in some ways, for the old Danes.