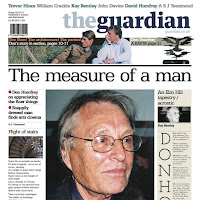 Don Homfray, a leading production designer at BBC Television from the 1960's to '80's, has died at the age of 76. I remember watching the series he worked on in what must have been his 30's when I was in my 20's. At the time I didn't give a thought to the man who created the Kremlin Palace in 'War and Peace' and it has been a pleasure to uncover this and more of his work for this post.

What you possibly didn't know about Don, that he :

* was born in Codsall, Staffordshire, where his father was an engineer and after leaving school, studied architecture at Wolverhampton Polytechnic before joining the BBC working in Birmingham and Cardiff before progressing to Television Centre in London.

* found his metier as a set designer in literary adaptations, starting with a mini-series based on Zola's 'Germinal' in 1970, which involved constructing a mine shaft with a working "cage" and cascading underground water and transforming a deserted Durham miners' village into its French equivalent.

* on 'War and Peace' in 1972, designed hundreds of sets and working cannon, carts and gun carriages :
http://www.youtube.com/watch?v=SrgaGg5vyJU

created the vast, magnificent interior of the Kremlin with the largest and highest set ever built at Television Centre :
http://www.youtube.com/watch?v=r7C2Yt77exw&feature=relmfu
and also worked on location in the former Yugoslavia and gained a Bafta award for his work in 1973, 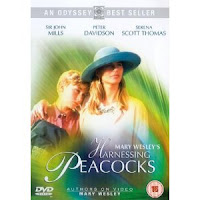 * designed for 'Oxbridge Blues' in 1984, based on the short stories of Frederic Raphael, an adaptation of Noël Coward's 'Mr and Mrs Edgehill' in 1985, an adaptation of Roald Dahl's 'Danny, the Champion of the World' in 1989 and
Michael Morpurgo's 'My Friend Walter' and
Mary Wesley's 'Harnessing Peacocks' in 1992 :
http://www.youtube.com/watch?v=u5MjtnQUXBI 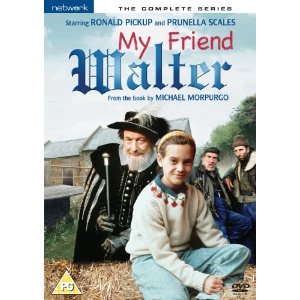