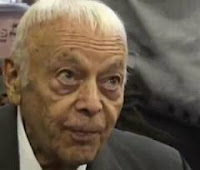 I first read one of  Eric Hobsbawm's books when I was an 18 year old 'history' student at Sussex University and first saw Herbert Lom at the cimema in 'War and Peace' with my Dad when I was about 10 years old.
Eric and Herbert were born 3 months apart in 1917 and have died less than a week apart at the age of 95. Both were born and grew up in Europe and came to the Britain they adopted as their home as refugees from Nazism, Eric from Germany and Herbert from Czechoslovakia.


What you possibly didn't know about them, that Eric :

* was born in Alexandria in Egypt, to a mother from a middle class Austrian-Jewish family and father, Leopold Percy Obstbaum, a British colonial officer of Polish-Jewish descent and a clerical error at birth changed his name to 'Hobsbawm' and Herbert was born Charles Angelo Kuchacevich ze Schluderpacheru into an impoverished aristocratic family in Prague in Czechoslovakia.

* spent his early childhood in German speaking Vienna and Berlin where his parents spoke to him and his younger sister  in English and after the death of his father and mother when he was 12 and 14, was brought up by a maternal aunt and paternal uncle.

*  was 16 in 1933, a student at a gymnasium in Berlin when Hitler came to power and was already 'politicised', having read Marx and become a communist, when the family moved to London, while 6 years later, Herbert was studying philosophy at Prague University and on the eve of the German invasion of Czechoslovakia in 1939, arrived in Britain with his Jewish girlfriend, Didi, who was not allowed in because she did not have the correct papers and whose subsequent death in a concentration camp haunted him all his life.

* after arriving in Britain, studied at a grammar school, then for a degree at King's College Cambridge and, during the Second World War, served in the Royal Engineers and the Royal Army Educational Corps whereas, because of his linguistic abilities, Herbert worked for the BBC European Service.

* while his career was put 'on hold' because of the War, Herbert, who had already appeared in small parts in Czech films, got his first big break as 'Hebert Lom', playing Napoleon Bonaparte in 'The Young Mr Pitt' in 1941.

* after the War, was appointed a lecturer at Birkbeck College in London in 1947 and after gaining a doctorate in history at Cambridge, published his first book in 1948, while in 1945, Herbert, with his penetrating brown eyes, saturnine looks and foreign accent, was a psychiatrist guiding concert pianist, Ann Todd, through her past with the aid of drugs and hypnosis in 'The Seventh Veil'.

* in the years which followed, wrote 30 books including his trilogy on the 19th century : 'The Age of Revolution', 'The Age of Capital' and 'The Age of Empire' and 'The Age of Extremes' on the 20th and gained the reputation of a preeminent historian in Britain while Herbert had parts in many films and became instantly recognisable as an actor best known as Inspector Clouseau's crazed boss in the 'Pink Panther' films.
http://www.youtube.com/watch?v=v30HUOx6SYk

* was remarkable among historians in being proud to call himself a 'Marxist' long after Marxism had been discredited in the West, whereas Herbert was not proud of and failed to get satisfaction from many of his screen roles and never had the chance to realise his full potential on screen, but he nevertheless scowled effectively all the way to the bank saying : "When you are tempted to say no, they offer you so much money it would be irresponsible to one's family, to one's children, to refuse."

Two further points about Herbert, that  :

*  'The Ladykillers' in 1955 was one of the few films that Herbert looked upon with affection.http://www.youtube.com/watch?v=MD5r1CG0HmY
As the most menacing of the gang trying to bump off an old lady, he ends up falling backwards off a railway bridge, landing in a passing goods wagon and the reason he wore a hat throughout the film was because his head had been shaved for his role in the musical 'The King and I' at the Theatre Royal, Drury Lane. 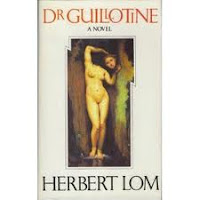 * he was a delightful raconteur, music lover and amateur painter, who had a fine collection of 20th-century masterpieces, also the writer of  two entertaining and scholarly books: 'Dr Guillotine', a novel about the inventor of a "humane" form of execution, and 'Enter a Spy: The Double Life of Christopher Marlowe' and said : "When I'm writing, there's nobody watching me. It's a terrible thing to be watched, either by the audience or by the camera."