On August 20th 1940 in the second year of the Second World War, the Prime Minister, Winston Churchill made a  speech in which he paid tribute to the pilots in the Royal Air Force who were fighting those in the German Air Force for supremacy in the skies over Southern Britain. If those pilots had lost that battle, the German invasion of Britain would have taken place :

'The gratitude of every home in our Island, in our Empire and indeed throughout the world, goes out to the British airmen who, undaunted by odds, unwearied in their constant challenge and mortal danger, are turning the tide of the World War by their prowess and by their devotion. Never in the field of human conflict was so much owed by so many to so few. All hearts go out to the fighter pilots, whose brilliant actions we see with our own eyes day after day...'https://www.youtube.com/watch?v=Y0t-RqjMH-A 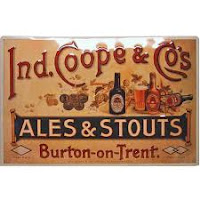 The oldest surviving of those former Spitfire pilots and one of the last of those 'Few', William Louis Buchanan Walker, has died at the age of 99.
What you possibly didn't know about William, that he :

* was born in 1913 in Hampstead, North London, educated at Brighton college and after leaving, learned his father's trade in brewing beer and joined the Ind Coope Brewery Company at the age of 20.

*  joined the 'Royal Air Force Volunteer Reserve' at Oxford on 2 September 1938 Oxford, a year before the war started,  piloted his first solo flight there a few days later, then went into national sevice at the age of 26 the following year and was posted  to 616 Squadron, Fighter Command, as a pilot and was commissioned in June 1940.

* was caught up in the Battle of Britain when RAF fighters took on swarms of Luftwaffe bombers and their fighter escorts in a life-or-death struggle for air supremacy over south-east England as the prerequisite for a German invasion and a strategy to knock out the RAF, its airfields and radar chain.
https://www.youtube.com/watch?v=AE9JpWnRAKE

* on the morning of 26 August 1940, was in his spitfire among a number sent to intercept a large formation of 40 German bombers protected by Messerschmitt fighters approaching Dover.

* unable to gain enough height to exploit the Spitfire's main advantage over the Messerschmitts, was hit from behind, wounded in the lower leg and, with his controls shot away, forced to bale out over the Channel at 20,000ft.

* hit the sea and then clung to a shipwreck on the Goodwin Sands and was rescued by a passing fishing boat just before succumbing to hypothermia and brought ashore at Ramsgate, was greeted by a large crowd and presented with a packet of cigarettes by an elderly lady.

* in hospital when a surgeon prized out the bullet fom his leg and had it shoot out and hit the ceiling and kept it as a souvenir.

*  after recovering, had postings ferrying new aircraft to squadrons, working with anti-aircraft units and on patrols to protect airfields and left the RAF in September 1945 as a 'flight lieutenant', with the Air Efficiency Award.

* after the War, resumed his career in the brewery and eventually became its chairman but also devoted much time to working for the 'Battle of Britain Memorial Trust' and attended the annual remembrance ceremony at the Capel-le-Ferne memorial in Kent, where he recited poems about the Battle, one of which was carved in stone in 2010 and erected alongside the memorial bearing 2,937 names of 'The Few'.
https://www.youtube.com/watch?v=wjxEK9DL6W0

* had 'Battle of Britain Memorial Trust' Chairman Richard Hunting say of him : "Flight Lieutenant William Walker was a warm, engaging and friendly man who always had a twinkle in his eye. He knew how important it was that we continue to tell the story of what he and the rest of the pilots did in 1940."

* remained active until the very end, despite the aches and pains and planned to attend the Trust’s 'End of the Battle Gala Dinner' but he suffered a stroke and was taken to hospital where he later died and had his absence made even more poignant by the fact that in recent years it had become traditional for him to raise a toast to his fellow Battle of Britain pilots after reading his poem 'Absent Friends'.

William, comfortable in the company of a either a Prince or a Prime Minister.

My earlier postings about old airmen :

Tuesday, 10 January 2012
Britain is no country for an old Second World War pilot called Eric Carter who wanted to sit in the cockpit of a spitfire :http://britainisnocountryforoldmen.blogspot.co.uk/2012/01/britain-is-no-country-for-old-battle-of.html

Thursday, 19 April 2012
Britain is a country which said "Happy Birthday" to an old sculptor called Philip Jackson who has cast his tribute to 'Bomber Command' :
http://britainisnocountryforoldmen.blogspot.co.uk/2012/04/britain-is-country-which-says-happy.html 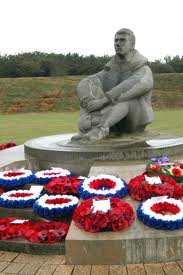