Britain is still a country for and says "Happy Birthday" to the old movie actor who became a classic villain, Malcolm McDowell

By coincidence I featured Malcolm, who is 70 years old today, in my post yesterday.

What you possibly did not know about Malcolm, that he :

* was born Malcolm John Taylor, in 1943 during the Second World War in Horsforth in the West Riding of Yorkshire, the son of  Edna, née McDowell, a hotelier and Charles Taylor, a publican.

* was packed off to boarding school at the age of 11 because his father was keen to give him 'a good start in life', first to  Tunbridge Boarding School and then Cannock House School school in Orpington, Kent (above) where he took part in his first school production playing Feste the clown in Midsummer Night's Dream in 1956 and decided that he wanted to become an actor.

*  left school and attended the London Academy of Music and Art and also worked at his parents' pub but lost his job when the pub went bankrupt after his father drank all the profits and then had a variety of jobs, from messenger
to coffee salesman,  a job which later inspired his film, 'Oh Lucky Man'. 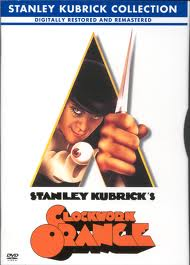 * secured work as an extra with the Royal Shakespeare Company before making his screen debut in a lead role, at the age of 25 in 1968, as the public school rebel Mick Travis in Lindsay Anderson's 'If'.
https://www.youtube.com/watch?v=BqoGcC4S5jk 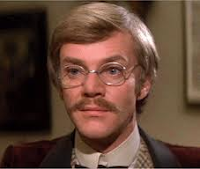 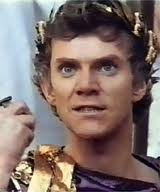 * started playing villains with 'Caligula' in 1979 at the age of 36 and 11 years into his film career and wasn't quite accurate when he later remarked on his playing film villains: "I suppose I'm primarily known for that but in fact, that would only be half of my career if I was to tot it all up."

* starred in the 1982 remake of 'Cat People' and at the age of 40 in 1983, was busy with the action film, 'Blue Thunder', starred in as Reggie Wanker in 'Get Crazy' , a parody of Mick Jagger and as the Wolf in 'Little Red Riding Hood' with his wife of the time, Mary Steenburgen.https://www.youtube.com/watch?v=ZXOwAwGBqmo

* by the mid-1980s, found that years of alcohol and drug abuse, including $1000 a week on cocaine, caught up with him, his black hair was grey and looking older than he was, nobody wanted to cast him for playing younger roles and he did many B-rated movies and later reflected that : " The best thing I did was abuse myself when younger, I dabbled in everything, cocaine, booze, women, because now I don't have to do it anymore."

*  in the 1990s, was back on form as 'the man who killed Captain Kirk', the mad scientist Dr.Tolian Soran in the 1994 'Star Trek Generation' and in 1995, co-starred with actress and artist Lori Petty in the action/science fiction/comedy film, 'Tank Girl' as the villain Dr. Kesslee, the evil director of the global Water and Power Company, whose main goal in the story was to control the planet's entire water supply on a future desert-like, post-apocalyptic Earth.

* appeared in an episode of the animated series 'South Park' playing the real-life narrator of the story introducing himself  as 'a British person', in a parody of 'Masterpiece Theatre' and its ex-host, Alistair Cooke.
https://www.youtube.com/watch?v=JtS8IMN1P1c

*  played himself in Robert Altman's,'The Player' in which he chastised the protagonist, played by Tim Robbins, for badmouthing him behind his back and worked with Altman again in 2003 in 'The Company' as 'Mr. A.', the fictional director of the 'Joffrey Ballet of Chcago' based on real-life director Gerald Arpino.

* in 2006, portrayed radio mogul Jonas Slaughter on 'Law & Order : Criminal Intent' and the following year, portrayed the villainous Mr Linderman on the first season of the NBC series, 'Heroes'.

* in his 60's, appeared as Dr Sam Loomis in remakes of 'Halloween' and 'Halloween II'. played Desmond LaRochette in Robert Whitlow's 'The List' and Irish patriarch Enda Doyle in 'Red Roses and Petrol' at the age of 65 in 2008.
https://www.youtube.com/watch?v=R2OAR6MDoWE 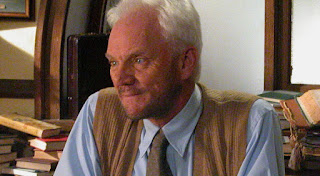 * today, despite the fact that he lives in Los Angeles and likes the Ameican 'no nonsense' ways, still does not have US citizenship, owns a home in Britain and remains one of its more remarkable old men.