Britain is still a country for and says "Happy Birthday" to a trio of old actors, the Welshman Jonathan Pryce, the Scot Brian Cox and the Lancashireman Robert Powell 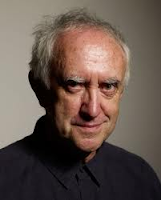 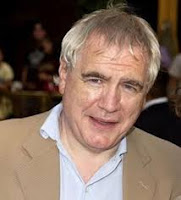 What you possibly didn't know about these old thespians, that :

They were born and educated :

* Jonathan in Carmel in Wales,the son of Margaret and Isaac, a former coal miner who, along with his wife, ran a small  grocery shop, had two elder sisters and was educated at Holywell Grammar School and, at the age of 16, went to art college and then started training to be a teacher at Edge Hill College in Ormskirk.

* A year earlier, Brian was born in Dundee in Scotland, the youngest of 5 children the son of  Mary Ann, a spinner who worked in the jute mills abd suffered several nervous beakdowns during his childhood and Charles , a butcher and later shopkeeper, who died when Brian was eight and was subsequently brought up by his four elder sisters

* In the Second World War in 1944, Robert was was born in Salford, Lancashire and was  educated at Manchester Gammar School where one of his classmates was the later actor, Ben Kingsley.

* Jonathan took part in a college theatre production and impressed his tutor who suggested he became an actor and gained a scholarship to Royal Academy of Dramatic Art where, despite finding it "straight laced"  and being told by his tutor  that he could never aspire to do more than playing villains in the police tv series, 'Z-Cars', graduated and joined the Everyman Theatre Liverpool Company where he became 'Artistic Director'.
http://bigthink.com/users/jonathan-pryce

* Brian got into acting at an early age and joined the Dundee Repertory Theatre at 14 and trained at the London Academy of Music and Dramatic Art, left in 1965 and joined the Lyceum Company in Edinburgh, followed by two years with the Birmingham Rep, where his parts included the title role in 'Peer Gynt'  in 1967 and made his London debut as Orlando in 'As You Like It' at the Vaudeville Theatre in 1967 at the age of 21.
https://www.youtube.com/watch?v=RHESzaoWqsY

* Robert was an undergraduate at Salford University and aspiring to becoming a lawyer, studied at the Manchester College of Commerce, where he took part in the College Revue of Comedy Sketches to see which role gave him "the best laughs" and then joined a repertory theatre in Stoke-on-Trent.

* Jonathan joined the director Richard Eyre at the Nottingham Playhouse and starred in the Trevor Giffiths play, 'Comedians' http://www.youtube.com/watch?v=BdDzrmmbb8Q and reprised the role at London's Old Vic Theatre and in 1976 on Broadway, for which he won the 1977 Tony Award for 'Best Featured Actor in a Play' and appeared in his first movie role in 'Voyage of the Damned' starring
Faye Dunaway and from 1978 to '79 and in three Royal Shakespeare Company productions.

https://www.youtube.com/watch?v=A9NP5F9X2F8in 1968 and his had first film appearance was as Leon Trotsky (right), in 'Nicholas and Alexandra' in 1971 and then in 1978, played King Henry II  in the acclaimed BBC tv drama serial, 'The Devil's Cown'. 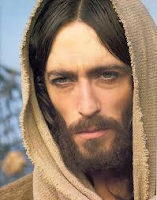 * Robert became a tv regular with roles in BBC's science fiction series, 'Doomwatch' and starring roles in adaptations of the novels 'Sentimental Education' at the age of 26 in 1970 and 'Jude the Obscure' in '71 and made forays into film, as the Austrian composer in the Ken Russell biopic 'Mahler' https://www.youtube.com/watch?v=sWvgMgiBfkw and Captain Walker in his 'Tommy' in 1975 and then played Jesus Christ in Zeffirelli's 'Jesus of Nazareth' in 1977
http://www.youtube.com/watch?v=pw3zMXCTnuA&feature=related
and then took the leading role of Richard Hannay in the third film version of 'Thirty Nine Steps'. 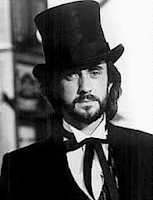 * Jonathan's performance in the title role of 'Hamlet' in 1980 at the Royal Court Theatre won him an Olivier Award and in 1983, played the role of the sinister Mr. Dark (left), in 'Something Wicked This Way Comes'http://www.youtube.com/watch?v=rmRdHVkqS_k followed by appearances in tv films, 'The Ploughman's Lunch' https://www.youtube.com/watch?v=ZgnJvmK7Stw and 'Martin Luther, Heretic' and then the protagonist Sam Lowry in Terry Gilliam's 1985 film, 'Brazil' http://www.youtube.com/watch?v=4Wh2b1eZFUM and then followed by Gene Wilder's 'Haunted Honeymoon' while on stage in Chekhov's 'The Seagull'  and from 1986 to 1987 'Macbeth' in the Royal Shakespeare Company production.

* Brian later said that the greatest stage performance he'd ever given was in the title role of 'Titus Andronicus' at the Royal Shakespeare Company and played Burgundy opposite Laurence Olivier in 'King Lear' in 1983, then went on to play King Lear at the National Theatre and in film in 1986, played Hannibal Lecktor in 'Manhunter'.
https://www.youtube.com/watch?v=ccPeC-uRI2c
http://www.youtube.com/watch?v=USNWRCi1Npg

*in 1980 Robert appeared in the title role of the film 'Harlequin' and won the .Best Actor Award. at the Paris Film Festival. and in 1982,  'Best Actor' at the Venice Film Festival for his role in 'Imperativ', then agreed to a request from his old friend and golf partner, comedian Jasper Carrot taking the part of an incompetent detective in a succession of sketches that formed part of Carrott's tv series followed by the sitcom 'The Detectives'https://www.youtube.com/watch?v=w-k_LBtIgHk , then in 1984, made his US film debut in 'What Waits Below'  known as 'Secrets of the Phantom Caverns' and in 1986, narrated and co-starred in the  mini series 'Shaku Zulu' with soccer legend Henry Cele in the title role.

* Jonathan plated the Engineer, a Eurasian pimp (right), in the West End musical 'Miss Saigon'
http://www.youtube.com/watch?v=hZJx5XjB9tw
and won the Olivier and Variety Club awards and saw the production's transfer to Broadway court controversy because his casting as a Caucasian actor made up to appear Asian was said to be an affront to the Asian community but went on to win a Tony Award for his performance ; in 1993 featured in the BBC mini-series 'Mr Wroe's Virgins' ; in 1995 gained the Best Actor Award atht eh Cannes Film Festival for his portrayal of the gay writer Lytton Strachey in 'Carrington' https://www.youtube.com/watch?v=njvKTxtrdcM and in '96 starred as Juan Peron with Madonna in his first musical film, 'Evita' ; went on to play Elliot Caver in the 1997 James Bond film, 'Tomorrow Never Dies' http://www.criticalcommons.org/Members/ccManager/clips/tomorrowneverdiesmediamogulmontage.mov/viewand during the rest of the decade played to his newly acquired fame as a villain, playing an assassin in 'Ronin' a corrupt cardinal in 'Stigmata' 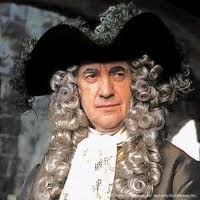 * Jonathan has continued to play in movies and the London stage production of 'My Fair Lady' and his portrayal of Professor Henry Higgins was acclaimed by the media and in 2003 returned to the non-musical stage with 'A Reckoning', written by American dramatist Wesley Moore.and in the same year landed a role in 'Pirates of the Caribbean : The Curse of the Black Pearl' as the fictional Governor of Jamaica (right), a movie he described as "one of those why-not movies"; went on to appear in his second musical film 'De-Lovely' http://www.youtube.com/watch?v=-AGCGPj2w-Y and 'The Brothers Grimm', https://www.youtube.com/watch?v=g3hYbDHwBJY his third film with Terry Gilliam and in 2004 on stage played Martin, a goat-lover who has to face the recriminations of his cheated-on wife, played by his real life wife Kate Fahy in 'The Goat or Who is Sylvia ?'

* In 2002, Brian appeared in 'Adaption' as the real-life screenwriting teacher, Robert McKee, giving advice to Nicholas Cage in both his roles, as Charlie Kaufman and Charlie's fictional twin brother Donald and in 2008, starred in 'Red' and played an institutionalized convict and then starred in the Ridley Scott produced 'Tell Tale', a film based on the short story 'The Tell Tale Hear't by Edgar Alan Poe.

* Robert has appeared less in person less often, but his distinctive voice has been heard as narrator of tv programmes such as 'Great Crimes and Trials' and 'The World at War' and in 2005 played a part in the film, 'Colour Me Kubric',
http://www.youtube.com/watch?v=OZXY5pGkizA the true story of a man who posed as director Stanley Kubrick during the production of Kubrick's last film, 'Eyes Wide Shut', and in the same year became a regular in the UK TV medical drama, 'Holby City' where he remained for six years before departing to return to theatre in 2008 to perform as narrator in Prokofiev's 'Peter and the Wolf' with the Huddersfield Philharmonic Orchestra.
So Britain says "Thanks" to three old Brits who have collectively devoted about 120 years of their lives giving pleasure on stage and screen !