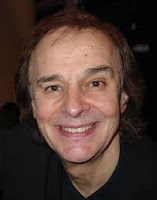 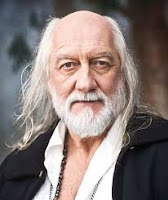 
So what do these three old musicians have in common ?

* grew up in Wallington, South London, as a ten-year-old, sang in a church choir and as a teenager he learned to play a borrowed guitar and made several attempts to build his own by gluing and bolting together cigar boxes for the body and a fence-post for the neck, model aircraft control-lines for strings and frets simply painted on.

* at 19 joined 'The Rumbles', a Croydon band, in 1963 for a short period as lead guitarist, playing Gene Vincent and Buddy Holly songs, displaying a talent for mimicking guitar styles and two years later was recruited by 'The Yardbirds'  to replace Eric Clapton on the recommendation of fellow session man Jimmy Page.https://www.youtube.com/watch?v=pn6cxaKRwtk 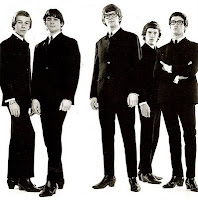 * was born in Hatfield, Hertfordshire and went to school in St. Albans where 'The Zombies' were formed when he was 17 in 1962 and the group scored a British and US hit when he was 19 with 'She's not There' .http://www.youtube.com/watch?v=f5IRI4oHKNU

Mick :
* was born in Redruth, Cornwall, went to a number of schools including a boarding school in Gloucestershire, performed badly in exams, dropped out of school at 15 and, in 1963, at 16, moved to London to pursue a career as a drummer. 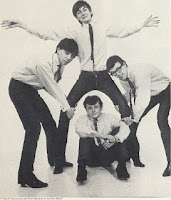 * began his career with 'The Cheynes'  (left), followed by stints stints in the 'Bo Street Runners', 'Peter Bs', 'Shotgun Express' with Rod Stewart and John Mayall & the Bluesbreakes'.

Jeff :
at the Madison Square Garden in April :
http://www.youtube.com/watch?v=GinnrHB0wLA

Mick :
interviewed in February and talking about his forthcoming tour in Britain in September :
https://www.youtube.com/watch?v=CPlK7nPJpA0

Colin :
on his website talking about his tour in Britain this year after returning from the USA : ' I think because we'd been working so much I hadn't really realised how many dates we were due to play, 24 dates in 33 days, followed by a trip to Holland to play at the wonderful Paradiso and then one day off before flying back to the States. I love to work, but even I was a bit intimidated by this schedule which seemed even tougher than when we started in the 60's.'