Britain confirmed as more of a country for poor and lonely old men than Germany, Sweden and the Netherlands

I returned from my stay in Germany to read in the 'Daily Mail' newspaper :

Britain is shamed by Europe over lonely and neglected elderly as many go weeks with little contact, says damning report


The report in question was commissioned by WRVS, the older people’s charity and carried out by the think tank 'Demos' and David McCullough said its conclusions should act as a wake-up call : 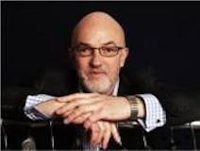 "The treatment of older people in this country needs to be addressed and we must learn from our European Union partners. They have proved that it is possible to tackle some of these issues by taking advantage of volunteers to provide older people with more social contact and better links to their communities.

The article made the following points, that :

* Britain had far higher proportions of old people living in poverty than in the other three Northern European nations in the survey and many were routinely having to draw on their savings or cut back on vital expenses such as food and heating.

* Britain's old people are far lonelier, with many going weeks without seeing family and friends .

* the survey involved 6,000 people and included a wide range of questions on their experiences of growing old and Britain was found to be bottom in terms of age discrimination with its old people far more likely to feel victims of prejudice either in dealings with the National Health Service, or as they went about their daily lives.

Labels: Britain less a country for old men the Germany. Sweden and Netherlands