Bobby, who was 69 years old on monday and announced on his website that he is suffering from Alzheimer's disease.

Things you possibly didn't know about Bobby, that he :
* was born in Fargo, North Dakota, the son of a Finnish mother and American father, Sydney Velline.

* met in his early music career, a musician named 'Elston Gunn', aka Robert Allen Zimmerman, aka Bob Dylan and later said : "He played pretty good in the key of C. The gig was in a church basement. When he wasn't playing, he would come up behind me and do handclaps. He was a nice guy, and wiry, with a lot of energy and no money, just like us."
http://entertainment.ca.msn.com/music/photos/gallery.aspx?cp-documentid=22093115&page=12

* saw his rise as a singer begin when, after the 1959 plane crash which killed music greats Buddy Holly, Ritchie Valens and JP 'Big Bopper' Richardson, en route to Moorhead for a concert and he was picked to fill in.

* released 'Take Good Care of my Baby' when I was 14 and probably in love with 'Christine' in my class at school in the summer of 1961, when it reached Number 3 in the charts : 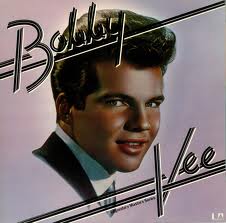 So "Thanks" Bobby for your music which brightened those early teenage years.