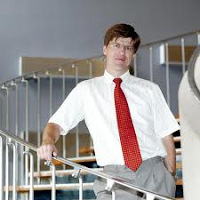 Professor Tony Avery of the University of Nottingham's Medical School, has led  research based on 1,777 patients at 15 doctors' practices from 3 areas of England selected as representative of the country and produced a report for the General Medical Council which states that :

* more than 1 in 6 patients, who are put on medication after seeing their doctor, are given a prescription containing an error and with 900million items prescribed in England every year, this amounts to 45million errors.

* there were more errors among old men and women over 75, who are often on more drugs and most of the errors fell into the category of 'oversights' rather than 'mistakes', such as the doctor failing to write down how often the old man should take his pills or the correct dose.

* there was a serious issue over the fact that if the 'monitoring' of patients, done to ensure they are taking the right dose and involving when, for example, old men taking the blood-thinning drug 'warfarin' at a specialist clinic and not the doctor's surgery not turning up and their doctor might not know. 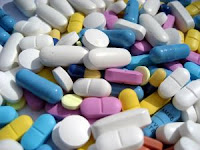 * one doctor said his "hands were tied" by a patient of over 90 who was not taking his warfarin properly but refused to allow the doctor to come to his house.

Tony explained the mistakes by on doctors :

*not properly being trained to prescribe certain drugs
*being distracted by patients during consultations
*technical glitches on computer systems.

"Doctors work under considerable time pressure with frequent distractions and interruptions.Often prescribing is squeezed at the end of a consultation. Few prescriptions were associated with significant risks to patients but it’s important we do everything we can to avoid all errors."

Tony talking about medication errors at a conference in Nottingham in 2010 :
http://www.youtube.com/watch?v=G5dRCDCJnHs