Brian Morgan, cameraman and director of photography, nicknamed the 'Prince of Darkness' because he liked to use minimal lighting to create mood and atmosphere, has died at the age of 69.

* was born in Cardiff, Wales during the Second World War and developed a passion for photography after he received a Brownie box camera for his 11th birthday from his parents in 1954.

* left school at 16 and went to work for 'Tempest School and Aerial Photographers' as an apprentice and at 21,  got a job at the newly created Harlech Television Company as a camera assistant.

* worked with the talented Tony Impey, who taught him much about the skills of lighting for film and together they worked with the poet John Betjeman on his travelogue series in the 60's. 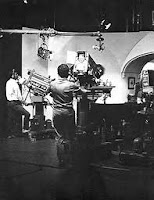 *  in the 70's, transferred to the Bristol arm of HTV, where he joined Patrick Dromgoole's 'dream drama team' as a lighting cameraman and worked on the children's dramas 'Sky' and 'Children of the Stones'  and then on major period series such as 'Kidnapped' in 1978 (right) and 'The Master of Ballantrae' in 1984 where he was 'camera operator - second unit'.


* in 1986 worked , in 5 episodes, as 'lighting cameraman' with Robert Young, director on 'Robin of Sherwood', who said he could always rely on Brian to astound and surprise him and earned a nomination from HBO for 'Best Photography in a Drama Series'.
http://www.youtube.com/watch?v=RB-40e_So7c

* worked on 'Love Hurts' in 1993 which starred Zoë Wanamaker and Adam Faith and as 'Director of Photography' five episodes of the popular 'Wycliffe' drama, starring Jack Shepherd,
http://www.youtube.com/watch?v=u3EiZ53NLd8 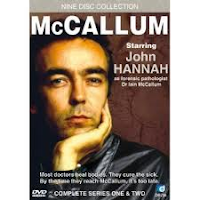 and five episodes of 'McCallum', starring John Hannah, for which he was nominated for a Bafta in 1996.
http://www.youtube.com/watch?v=TmdZz-0H9zI

* won  a Welsh BAFTA in 1996 for his lighting on the arthouse film, 'Wild Justice', recreated the shipwrecking storms of Cornwall in 'Jamaica Inn' in 1983, a nail-biting climax to the horse race in the 'King of the Wind' in 1990 and a scene-setter for 'McCallum' which encompassed a murky stretch of the Thames, Hannah driving at 60mph on a motorbike and Big Ben – all at night and in one shot.

*  retired to Cornwall in 1999 after completing the fifth series of 'Wycliffe' and became landlord of the 'Old Quay Inn' in Devoran before moving to Spain.