In Britain in England and Wales, it is an offence to 'encourage or assist a suicide or a suicide attempt', the law is almost identical in Northern Ireland and in Scotland there is no specific law on assisted suicide, although in theory someone could be prosecuted under homicide legislation.

At the age of 57 Paul Lamb is hardly an old man, he is, however, an almost totally paralysed one, apart from a little movement in one hand and has needed round-the-clock care since a car accident 23 years ago.

What makes Paul special is that he has applied to the High Court to be allowed to die with the help of a doctor. At the moment, his case  goes beyond 'assisted suicide', because he is so badly paralysed that he could not take the final steps to kill himself. Paul would need a doctor to kill him, which would amount to murder.

* has taken on the case brought by Tony Nicklinson (left), who suffered from 'locked in syndrome' and who died last year, a week after losing his High Court euthanasia battle.

* in a witness statement to the Court said : "I cannot carry on as all that my life consists of is being fed and watered, I am simply not in a position to take tablets, jump off a tall building, hang myself, throw myself in front of a moving train."


* said that : "In the last 23 years I have endured a significant amount of pain. I am in pain every single hour of every single day. I have received input from various pain specialists. I have considered having operations. I am constantly on morphine. I suffer from severe pains in the back of my head. I suffer from a pain in my shoulders where the bone has worn away."

* continued : "I consider that I have lived with these conditions for a lot of years and have given it my best shot. Now I feel worn out and I am genuinely fed up with my life. I feel that I cannot and do not want to keep living. I feel trapped by the situation and I have no way out".

* in addition said : "Over the past 23 years I have given it my best shot in trying to live as fully as I can, but I am now ready to go. People tell me that I must keep trying – but there is only so much that a person can take. Now I feel worn out and I am genuinely fed up with my life. I feel I cannot and do not want to keep living. I feel trapped by the situation and have no way out."

* concludes : "I am fed up of going through the motions of life rather than living it. I feel enough is enough." and "when the end comes ....I want to end my life in a peaceful, dignified way. It's something I believe in passionately. If I can be of any use to change the law, then I'll do it. Eventually the law will change. It has to. It might not be me who changes it. Maybe it will be 10 more people like me down the line. But it will change." 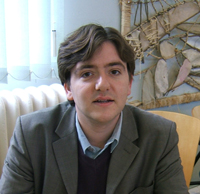 Paul's case is being supported by the 'British Humanist Association', which wants to establish the right to doctor-assisted death in certain circumstances.
Chief Executive, Andrew Copson said:
"In the absence of legislation on assisted dying, we have to establish the right to a doctor-assisted death through the courts but we also hope that Paul's case will help to stimulate public debate on this issue, and convince Parliament to listen to the massive majority opinion in this country and legalise assisted dying."

However, Dominica Roberts, from the campaign group 'Care Not Killing', said : 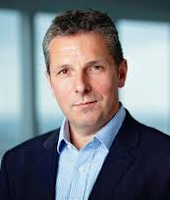 "It would be very dangerous to give doctors the authority to kill" and there was a very small number of "very firm-minded people", such as Tony and Paul, who want the law changed, "but on the other side you have... perhaps hundreds of thousands of vulnerable people whom the law protects by the absolute blanket 'thou shalt not kill'."

The Chief Executive of 'Scope', the disability rights group, Richard Haekes, also raised concerns about the risk to disabled people if the law was changed and said :
"We must avoid any temptation to change assisted suicide laws based on a couple of undeniably heart-wrenching and tragic cases."


With little sign of a change in the law, it seems that Paul, a relatively 'young' old man, lives in a Britain which will condemn him to a life of many more years of unremitting pain and deny him his right to die.

Labels: No country for Paul Lamb who wants to end his life