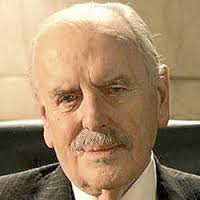 George, a film and tv actor, whose career has spanned 70 years and who I remember when I was a boy in the pre-tv 1950s, playing an amiable, bumbling bachelor with his dog Psyche,

in his radio radio comedy, 'A Life of Bliss', is 86 years old today.

What you possibly didn't know about George, that he :

* was born in London and was given up for adoption at the age of ten days and taken by the Cole family, a fact he found out about by accident some years later.

* left school to be a butcher's boy, but landed a part in a touring musical and chose acting as a career and appeared on the stage and then in the film, 'Cottage to Let', as a Second World War cockney evacuee, at the age of 14 in 1941.

* was taken in, along with his mother, during the London Blitz, by stage and film actor, Alistair Sim and his wife at the age of 15, who helped him lose his London cockney accent and who became his mentor, going on to make 11 films with him.
https://www.youtube.com/watch?v=9h_IMf0vpl0 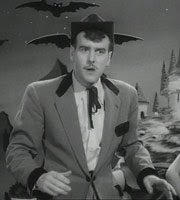 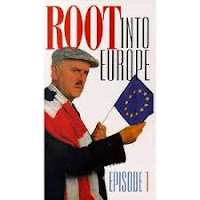 * between 1995 and '96, starred as businessman-councillor, Freddie Patterson, in 'An Independent Man', in which his wife Penny Morrell also appeared and as Brian Hook in the BBC Comedy, 'Dad' in the late 1990s.

* starred in the mid-1990s ITV comedy series 'My Good Friend', playing a mischievous pensioner, and in 2003 at the age of 76 appearing alongside Timothy Spall and Annette Crosbie in the drama 'Bodily Harm'.

* in 2007, at the age of 80, appeared in the BBC drama 'A Class Apart', in which he played a grandfather who encourages his impoverished daughter to keep her son on the straight and narrow by means of a public school bursary.

Britain's old men say "Thanks George" for entertaining them in one way or another for all of their lives. 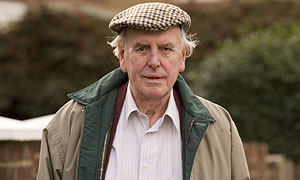