It related the case of the 63 year old farmer, Edward Hill who :

* is the latest member and seventh generation of a family which, for almost 200 years, has run Game Lea Farm (right) on the Duke of Devonshire's Chatsworth Estate, the first, John Hill, founded the farm back in 1830 when he developed it from moorland.

* got behind with his rent payments to the Estate to the extent of £2,000 and the day after the final payment date, officials from the estate visited the farm to serve him and his wife Elizabeth, 61, with a ‘notice to quit’.

*  suffers from Parkinson’s disease and blames his condition for forgetting to pay the rent, paid the arrears, but the estate terminated the tenancy anyway.

* saw his 89 year old father, Joe, who ran the farm under four Dukes, write to the current 12th Duke (right), asking him to let his son stay but found his letter, along with his own, unacknowledged by the Duke.

* said : "I was not ready to hang my clogs up. They have not got a shred of humanity or sympathy in them. It has ripped my life apart."

George Dunn, Chief Executive of the 'Tenant Farmers Association' who was involved in negotiating with the estate, said :
the Duke of Devonshire’s Estate had been "quite benevolent" in the past and is now "more commercial in its approach" and "more aggressive" in its rate reviews with farmers.

A spokesman for the Chatsworth Estate said: 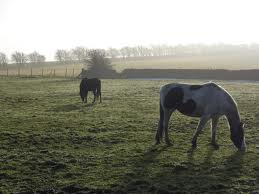 "It is a very complicated and difficult situation and due to the circumstances we cannot discuss any details for legal reasons." and the land was now being farmed by neighbouring tenants who were "slowly bringing the land back into condition".

John's wife, Elizabeth said :
" It's been absolutely horrendous. It's not just moving house, we have farmed the land and put down roots, When I met my husband he said "they'd carry him out of here in a box". The land is in his blood. He is absolutely devastated and this has exacerbated his condition. It's just awful for the whole family."