Britain has been no country for the old men killed by the winter and cold, cold spring 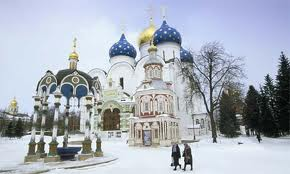 Each winter, more old men and women in Britain die because of cold weather than in either Finland or Russia. This winter, the colder than average conditions have been caused by frequent easterly and northerly winds, bringing cold air to Britain and northern European regions. Earlier this month, snow hit Shropshire and Devon and Cornwall, while Wales saw widespread snow in March. So the indications are that this winter, which has dragged on so long and with such brutality, followed by coldest spring since 1962 and the fifth coldest since records began in 1910, will claim 30,000, mostly old lives, making it one of the biggest killers in the country. And still, no one seems unduly upset. 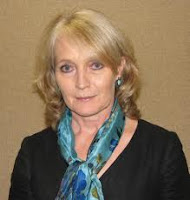 In answer to the question : Why has the winter killed so many old men and women ?

More than half the deaths are due to heart attacks, strokes and circulatory problems and a third from lung disease. Professor Sian Griffiths, President of the Faculty of Public Health, has said:
"A high proportion of preventable illness and deaths in Britain is caused by people living in damp and cold housing....people will die unnecessarily over this winter. This is a tragedy in terms of human life and also creates a huge and preventable strain on the National Health Service. Britain remains one of the worst countries in the world at coping with unseasonable low temperatures. Although the Government has shown commitment to tacking the problem, it has not given sufficient priority to such an important public health issue and its approach remains far too uncoordinated."

The old men and women who have died unecceasily this cold spring and winter were probably in households which were 'fuel poor 'and had to spend 10% of their income on maintaining a satisfactory indoor temperature. Old properties, absent or inefficient heating systems, the cost of heating, low income are all factors that contribute to their fuel poverty.

A few months ago, a group of students in Oslo in Norway produced a spoof video/lampoon inspired by 'Band Aid'. It showed a group of young Africans coming together to raise money for those of us freezing in the north. “A lot of people aren’t aware of what’s going on there right now,” says the African equivalent of Bob Geldof. “People don’t ignore starving people, so why should we ignore cold people? Frostbite kills too. Africa: we need to make a difference.” The song, 'Africa for Norway' , has been watched online two million times, making it one of Europe’s most popular political videos.
https://www.youtube.com/watch?v=oJLqyuxm96k
The aim was to send up the patronising, cliched way in which the West views Africa. Norway can afford to make the joke because there, unlike Britain, old people don’t die of the cold. 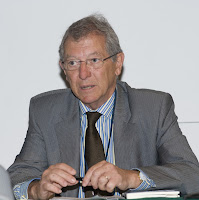 The reaction to the 2003 heatwave in Britain was extraordinary. It was blamed for 2,000 deaths and taken as a warning that Britain was horribly unprepared for the coming era of snowless winters and barbecue summers. The Government’s Chief Scientific Officer, Sir David King, later declared that climate change was : “more serious even than the threat of terrorism” in terms of the number of lives that could be lost. Such language is never used about the cold, which kills at least 10 times as many people every winter.
Since Sir David’s exhortations, some 250,000, mostly old Brits, have died from the cold, and 10,000 from the heat. It is horribly clear that we have been focusing on the wrong enemy. Instead of making sure energy was affordable, ministers have been trying to make it more expensive, with carbon price floors and emissions trading schemes. Fuel prices have doubled over seven years, forcing millions to choose between heat and food – and Government has found itself a major part of the problem.

Labels: cold spring in 2013, Old men killed by the winter and cold