An article in 'The Independent' this week was entitled :

Frankie Fraser: We can’t seem to stop ourselves falling for these old villains
This gangster is treated with a strange amount of indulgence by the press and public

Frankie interviewed and describing his crimes some years ago :
https://www.youtube.com/watch?v=BwLBaiWJUA0

The article made the following points about 89 year old Frankie, that :

* few figures in Britain today to reveal the confusion between reality and show business quite as clearly as him and this former 'enforcer' of the Richardson Gang who, after spending 40 years in prison, has become a firm media favourite.

* the 'old rascal', as one newspaper described him, has his popularity reinforced a tv documentary shown on sunday, 'Frankie Fraser’s Last Stand'. 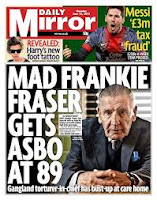 *  his son reveals in the film, that he has recently been given a court issued 'anti social behaviour order' (ASBO) for threatening a fellow resident in the home where he lives and press coverage of the story has been amused and indulgent.

* in his post-prison years, from the 1990s onwards, he quickly learned how to play the media game, was a star turn at Oxford Union debates, put his name to four books and later had his own website on which he expressed his views about this and that.

* explained his popularity as : “You do something a bit naughty. You go to prison for 20 years. When you come out, everyone wants to talk to you.”

*********
What you possibly didn't know about Frankie who, on his own admission has been a genuinely violent man and is now a feted figure, that he : 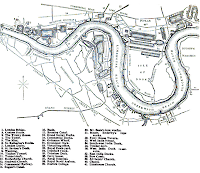 *  was born in 1924 in Lambeth, South London and later complained  that : "I had no help from my family; my mother and father were dead straight so I had to make my own way."

* also said : "In the area where I grew up and was brought up, right where the Festival Hall is now, on the docks, people were tough and rough and ready. Every other family was into crime. You had more chance of winning the Lottery than finding six straight families. So it was inevitable that I would fall into crime."

* started his life of crime aged nine, when he worked for the notorious Sabini Gang, which ran protection rackets at racecourses at a time when 'off-course betting' was illegal, as a 'bucket boy' who would offer to clean the bookies' blackboards with a sponge, for which they were obliged to pay the Sabinis.

* was (on the left), along with his sister Eva (right), a juvenile thief and said : "You name it, we nicked it.  As I was growing up, I never had to buy a shirt – Eva made sure she nicked them for me."

* was drafted into the Army at 18 during the Second World War after trying to avoid the 'call-up' by pretending to be mad, deserted from his barracks and first became involved in serious crime in a London where 'blackout' at night provided cover, shortage of police due to conscription reduced detection and shortages caused by rationing provided opportunities to plug the gaps with stolen goods.

* did his first time inside in a 'young offenders borstal' for breaking into a Waterloo hosiery store and then given a 15-month prison sentence at Wandswoth Prison for shopbreaking and said later of the war years, when he was heavily involved in theft from bombed-out stores : "You wanted to win the War but you wanted it to go on for ever. It was a thief's paradise, Gor blimey! Whatever you nicked you could sell, they'd be queueing up to buy it off you during the War" and that he had "never forgiven the Germans  for surrendering in 1945."

* after the War, was involved in a smash-and-grab raid on a jeweller's and received a two-year prison sentence, served largely at Pentonville Prison, was certified insane and sent to the Cane Hill Hospital, London, before being released in 1949.

* during the 1950s became a bodyguard to well-known gangster Billy Hill, for whom he carried out razor attacks and was paid one pound for every stitch, took part in more bank robberies and spent more time in prison :  in Durham Prison was again certified insane and was sent to Broadmore Prison (left) and aware of the punishments for bad behaviour, stayed out of trouble and was released in 1955.

* in 1956, attacked mobster Jack Spot and wife Rita on Hill's say-so, by Fraser, along with at least half a dozen other men and was given a seven year prison sentence.

* early in the 1960s, met and joined Charlie and Eddie Richardson, members of the notorious 'Richardson Gang', rivals to the Kray Twins with one member of the criminal fraternity saying that : “Mad Frank joining the Richardson’s Gang was like China getting the atom bomb” and seen on the right with actor Stanley Baker in the centre and Eddie on the right.

*  in 1966, was charged with the death of Richard Hart who was shot at Mr Smiths's Club in Catford and when the witness changed his testimony and charges were dropped, still received a five-year sentence for affray and has always maintained that, while he fought with Hart, he did not shoot him.

* was also implicated in the so-called 'Torture Trial', in which members of the Gang were charged with burning, electrocuting and whipping those found guilty of disloyalty by a 'kangaroo court' with him accused of pulling out the teeth of victims with a pair of pliers and in the 1967 trial at the Old Bailey, was sentenced to 10 years imprisonment.

* in total, served 42 years in over 20 different prisons in Britain where he was involved in riots, frequently fought with prison officers and fellow inmates, attacked governors and was one of the ringleaders of the major Parkhurst Prison Riot in 1969 and as a result of his injuries, spent six weeks in the prison hospital.
https://www.youtube.com/watch?v=MxI78kIbBWo

* often had sentences extended for violent behaviour but whilst in Strangeways, Manchester in 1980,  was 'excused boots' and allowed to wear slippers after claiming he had problems with his feet because another prisoner dropped a bucket of boiling water on them after he had hit him. 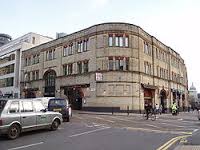 * was released from prison in 1985 and in 1991 Fraser was shot in the head from close range in an apparent murder attempt outside the Turnmills Club in Clerkenwell, London and  has always maintained that a policeman was responsible.

* became a tv celebrity in the 1990's  and appeared on 'Operation Good Guys' and 'Shooting Stars', produced his autobiography and in 1999 at the age of 75, appeared at the Jermyn Street Theatre in London in a one man show, 'An Evening with Mad Frankie Fraser' which subsequently toured Britain.

* appeared as East End crime boss, Pops Den, in the feature film, 'Hard Men', http://www.youtube.com/watch?v=4992smk975s a forerunner of British gangster movies such as 'Lock, Stock and Two Smoking Barrels', had a documentary made of his life, 'Mad Frank'. 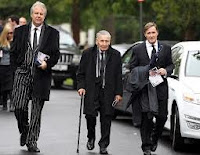 * now gives gangland tours around London, where he highlights infamous criminal locations such as the Blind Beggar Pub where Ronnie Kray shot dead George Cornell, one of the Richardson gang in 1966, lives in the Walworth area of London and was last seen in public in October at the funeral of his former boss, Charlie Richardson.


* according to his sons, has no regrets and has said : "No, I wouldn't have done my life any other way". and reflected on his career in crime : https://www.youtube.com/watch?v=qYwAcW7Mdtc