Britain is no country for the old veterans who fought, in a now forgotten war in Korea, when they were young men 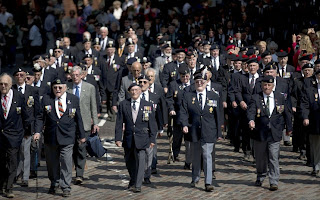 About 300 old men, Korean War veterans, marched through London this week to mark 60 years since the end of their 'Forgotten War' in 1953. After marching from Horse Guards Parade they attended a service in Westminster Abbey where a Service of Thanksgiving was held to mark the end of the War, which saw more than 1,000 British servicemen killed and 1,060 taken prisoner.
https://www.youtube.com/watch?v=B50YLO2Aw7g

What most people in Britain do not know is : 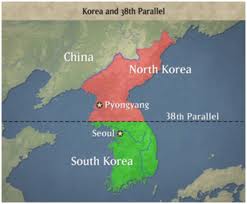 * with the onset of the Cold War, the Parallel increasingly became a political border between the two Korean states and tension escalated into open warfare when North Korean forces invaded South Korea in 1950.
* British troops served on the Korean Peninsula as part of a United Nations force and where nearly the whole of the 1st Battalion, The Gloucestershire Regiment were killed or taken prisoner during the Battle of the River Imjin in April 1951.
https://www.youtube.com/watch?v=VBAvVBVGkSE
The old veterans assembling for the parade recalled living in trenches in desolate mountains where the weather would swing to extremes as the seasons changed and  also heavy fighting, often hand-to-hand, with North Korean and Chinese soldiers who frequently attacked in overwhelming numbers.

Colin Thackery, 83 years old :
who served with the Royal Artillery, got frostbite in one leg and was also partially deafened by artillery fire during the War said : “My memory of it first of all is the extreme cold. I was up in the mountains and that’s where we really learnt the meaning of wind chill.”

Jim Wilkinson, 80 :
who lost the tips of several fingers and was sprayed with shrapnel when a member of his combat patrol stood on a mine. and served with the Royal Fusiliers, said: “You could drown in the monsoon, freeze to death in the winter and die of sunstroke in the winter.”

Why were they and the War forgotten ?
The veterans believe that the War was eclipsed by the Second World War and  subsequent conflicts elsewhere in the world. Jim said: “The only people who haven’t forgotten are the Koreans. They haven’t forgotten us. They are so grateful. We get invited to all sorts of functions.” 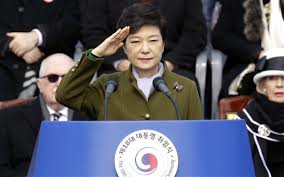 In a message to the veterans, Park Geun-hye, the South Korean President, said: “Your noble sacrifice laid the groundwork for the development of the Republic of Korea and has served as a foundation for mutual trust between Korea and the United Kingdom.”
An Armistice was signed on July 27, 1953, but the peninsula remains divided, with the North and South Korean armies glaring at each other across a strip of no man’s land.

Labels: Old soldiers and their forgotten war in Korea