What you possibly didn't know about Brian, who is 81 years old today and I remember for his forensic tv interviews when I was a I was a young man in the 1980s, that he :

* was born in West Bromwich, Staffordshire where his father was a glass-worker and while at West Bromwich Grammar School won an open scholarship to study history at Queen's College, Oxford University, then completed a postgraduate degree at Nuffield College before becoming a university lecturer.

* started his political career at the age of 32 in 1964 when he became a Labour Member of Parliament for Birmingham All Saints in an election where race dominated the Birmingham campaign and to which he referred in his maiden speech :
"One of the very best ways of making sure that we do not get tension between the races is to have the best possible liaison between them. Where we have trained social workers undertaking this kind of work, we get some excellent results from their work, but there is nothing like enough of them. I see that my right hon. Friend the Minister of Aviation is in the House. I am sure that he agrees that although good work has been done in Birmingham by social workers responsible for liaison, we desperately need many more of them."

*  was re-elected in the subsequent General Elections of  1966, 1970 and 1974 was a campaigner for the liberalisation of the cannabis and gambling laws and was named by some as 'the bookies' MP' when he was revealed to be receiving more from the National Association of Bookmakers than from his parliamentary salary.

* was described in 'The Spectator' as : 'one of the best parliamentary speakers– possibly even the best – of the entire post-war period. Certainly he would be placed in the same class as Churchill, Bevan, Macleod, Powell and Foot.' 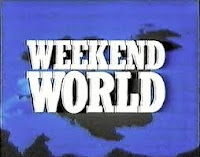 * resigned as an M.P, in 1977 at the age of 45 to become a journalist and tv broadcaster for London Weekend Television and fronted 'Weekend World' in the 1980s and was considered one of the finest political interviewers in British broadcasting, tenacious and ruthless and well known for his one to one interviews of major politicians.

* was said to be Prime Minister Margaret Thatcher's favourite interviewer, although he gave her a tough ride and in 1989, when her own Party was turning against her : "You come over as being someone who one of your backbenchers said is slightly off her trolley, authoritarian, domineering, refusing to listen to anybody else – why? Why cannot you publicly project what you have just told me is your private character?" To which she replied :  "Brian, if anyone’s coming over as domineering in this interview, it’s you."
https://www.youtube.com/watch?v=vu7kZdbI2sg

* delivered his analysis of Winston Churchill as a war leader in 1998 :
https://www.youtube.com/watch?v=KpJcQDxISL0 and brought a rain of criticism down on his head by describing Nelson Mandela as 'feckless, arrogant and autocratic' in a the final part of his series 'Walden on Heroes' saying : "Mandela, perhaps the most generally admired figure of our age, falls short of the giants of the past. He is unable to inspire the spur to action and doing things right, while paying tribute to his humane presidency of a deeply divided country to which Ann Clwyd, MP said : "Brian Walden has lost his marbles."

* in 2005, began presenting a ten minute programme on BBC Radio 4  'A Point of View', in a spot formerly occupied by Alistair Cooke's  'Letter From America.'

* in 2010, was said by Conservative MP Rob Wilson, to have persuaded David Cameron and George Osborne to go for a Coalition Government, rather than tough it out with a minority government.

*  lives on the island of Guernsey and, as a footnote, is firmly against the ban on fox-hunting