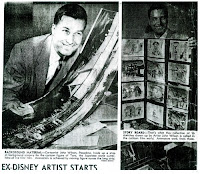 John David, who has died aged 93, launched his studio, 'Fine Arts Films' in 1955, after success with his animated adaptation of a Japanese folk tale, 'Tara the Stonecutter',  screened in the USA in 1953 with Teinosuke Kinugasa's Oscar-winning samurai drama 'Jigokumon' or 'Gate of Hell'. He left Britain when he was 30 in 1950 and returned when he was 75 in 1995. That's 45 years for the USA but 48 for Britain.

What you possibly didn't know about John David, that he :

* was born in 1920 in Wimbledon, London, the second of three children of mother, Esther and father, Frederick, a civil servant working for the India Office and was educated at Watford Grammar School, where he was taught art by Sir Robin Darwin, later the rector of the Royal College of Art.

* left school and pursued his art studies at Harrow School of Art and for a year at the Royal College, leaving aged 18 in 1938 to take up a job as a commercial artist for Willings Press Service.

* at the outbreak of the Second World War  in 1939, was called up and sent to fight in the African Campaign with the London Rifle Brigade and while driving a jeep, took a direct hit from a German bomber and as a result lost his left leg.

* hospitalised in Cairo, he mastered crutches within nine days and spent his time drawing caricatures for fellow patients and a Christmas card designed for the hospital found its way to a printer in Durban, South Africa, where, following his discharge from the Army, he was offered and accepted a job as a designer.

* working on some controversial anti-apartheid publications, he was 'required' to leave South Africa and, returning to London, worked for an art agency before joining the art department at Pinewood Studios, where he worked on 'The Thief of Bagdad' in 1940 and David Lean's 'Great Expectations' after the War in 1946.

* joined Gaumont British Animation at a studio aimed at challenging the supremacy of Disney, led by David Hand, animator of dozens of Disney short cartoons and supervising director of 'Snow White and the Seven Dwarfs' in 1937 and 'Bambi' in 1942.

*  in 1950, with the closure of GB Animation, said "Goodbye" to Britain and went to Los Angeles and, with recommendations from Hand , was soon working at the Disney studio on 'Mickey Mouse', 'Donald Duck' and 'Goofy' cartoons and the features 'Peter Pan' in 1953 and 'Lady and the Tramp' in 1955 and assisted the leading animator, Les Clark with the film's famous spaghetti-eating sequence and said that the pasta, was : 'a challenge: though long and thin, it needed to be given weight to look convincing.'
https://www.youtube.com/watch?v=usexH7Z3hXg

* working with another Disney veteran, Ward Kimball, contributed to two 'specials' : the Academy Award-winning ' Toot, Whistle, Plunk and Bloom' in 1953 and in '54, the Oscar-nominated 'Pigs is Pigs' using the the more economic and highly stylised approach to animation established by United Productions of America. 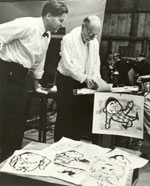 * worked for UPA on their 'Mister Magoo' series and acclaimed animated shorts, 'Rooty Toot Toot' and 'The Tell-Tale Heart' and with 'Petroushka' in 1956, persuaded Stravinsky (left) to prepare a shortened score for the film and conduct the Los Angeles Philharmonic for the soundtrack and saw it become the first animated film to be accepted by the Venice Film Festival.

* in 1963, while working for Hanna-Barbera on 'The Flintstones', was commissioned by Billy Wilder to create animated trailer for his Jack Lemmon - Shirley MacLaine film, 'Irma La Douce', hoping the cartoon would help sell the potentially risqué story of the prostitutes of the Rue Casanova and with its success, commented that he might just as well have dumped the film and simply played the trailer.https://www.youtube.com/watch?v=GgrEynddh7I

* contributed in the mid-60s to 'Exploring', NBC's award-winning educational tv show for children and created animated titles and weekly music videos a decade before MTV for the 70s CBS series 'The Sonny and Cher Comedy Hour.'
https://www.youtube.com/watch?v=1U0HFYf-fOc

* in 1971, directed the animated musical feature 'Shinbone Alley', based on Don Marquis's stories about a poetic cockroach, 'Archy', who writes by jumping on the keys of a typewriter and 'Mehitabel', his feline muse. https://www.youtube.com/watch?v=1EB1CfqfBeQ and in 1978, created the animated title sequence of 'Grease' featuring caricatures of John Travolta and Olivia Newton-John as a pastiche of Disney's 'Snow White' and 'Cinderella'  and set the 50s pop culture style for the film. 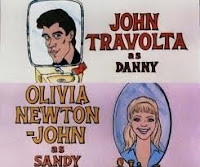 * was an artist of note, who exhibited at the Royal Academy, the Royal Institute of Oil Painters and the Royal Watercolour Society. 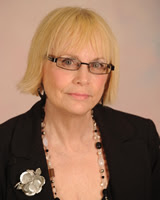 * in 1987, at the age of 67, married the former actor, singer and dancer Fabian Craig, who later ran a gallery showcasing his animated art and in 1995 returned to Britain from the USA to live in the Cotswolds and, later, Lytham St Annes in Lancashire but did not see  his last project, an animated film of 'Peer Gynt', realised beyond storyboard sketches and designs, due to his failing health..