Now, in July help is at hand. Norman Lamb, Government 'Minister for Care and Support' has a cunning plan to provide help to wash and feed old men and women as well as provide companionship and here's the clever bit :
it won't cost a single penny !

Norman has come up with a number of astonishing insights and useful proposals, that :

* Britain’s attitude to the elderly was “uncivilised” and the public must acknowledge that pensioners living nearby need their help. 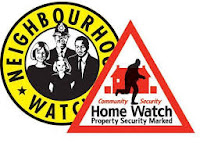 * care services were being put under increasing strain because of the growing elderly population and his scheme would help to reduce the number of pensioners forced into care homes.

* “The truth is that many people in this day and age live miserable lives. If someone lives on their own and has substantial care needs, and the extent of their life is getting out of bed, getting washed, sitting in a chair and going back to bed, with no one to see during the day, that is a miserable life."

* “We have a national movement that looks out for whether our houses are being burgled, so should we not be thinking — all of us stepping up to the plate — about whether there are people on our streets who have care needs, or who might just be very lonely and could do with a bit of companionship?”

Norman has quite rightly denied that his plans represent  the “state abdicating its responsibility” and said the measures would be about “recognising that there needs to be a collaboration between communities and the statutory authorities and services”.

Paul Green, from 'Saga': “Anything that goes to show that Britain is a caring society and one which promotes good neighbourliness can only be a good thing and neighbourhood watch is a good place to start. But when it comes to providing more intimate, personal care there is probably a greater element of screening and training that may be necessary.”

So Britain's old men say : "Thanks Norm. Good to know we've got a Minister like you watching out for us and getting others to 'step up to the plate' without costing the taxpayers any money."