The New Year Honours are a part of the British honours system, with New Year's Day, 1 January 2017. being marked by publicly naming new members of 'Orders of Chivalry' and recipients of other official honours. The awards are presented by, or in the name of, the reigning monarch, currently Queen Elizabeth II, or her Vice-Regal Representative. This has been going on in the same way since 1890 when Queen Victoria was on the throne and Britain, as a country, ruled the largest Empire the world had ever seen. In the usual tradition, the country was given the names of the recipients when they were published in the 'London Gazette' on 31 December. 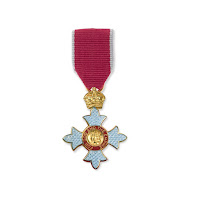 One of the archaic 'Orders of Chivalry', the 'Order of the British Empire' is relatively modern. It is bestowed as a reward for contributions to the arts and sciences, work with charitable and welfare organisations, and public service outside the Civil Service and was set up in 1917 by King George V.

One name not on the OBE list this time round was that of Professor Phil Scraton, who was offered this honour and refused. Phil is is a 67 year old British criminologist, academic and author who is currently, 'Professor of Criminology' in the Institute of Criminology and Criminal Justice, School of Law at Queen's University Belfast. Outside academic circles he is known for his research into the investigation of and inquiry into controversial deaths, most notably the Hillsborough disaster on 15 April 1989 in which 96 football fans were crushed to death. Last April an inquest jury finally concluded, after years of prevarication and cover up, that those who died were 'unlawfully killed.'

In turning down the honour Phil made the point that if he had accepted it he would be taking it from the same Establishment which remained unresponsive to efforts for truth and justice after the tragedy and had failed, for so many years, to help survivors of the disaster and their bereaved families.

"I feel very strongly that for many years successive Governments refused to take seriously the issues that we raised in those early reports and in 'Hillsborough the Truth' and indeed, the 'Scrutiny of Evidence' conducted by Lord Justice Stuart-Smith at the behest of the Labour Government in 1997, it reported in 1998; directly criticised me for the work I had done and the representations I had made to that Scrutiny of New Evidence.' Successive Governments then reneged an any kind of support for the families in getting to the truth and I think it was the tremendous efforts made be the families and the survivors over those years, that obviously I was involved with, that led eventually to the 'Indepedent Panel' being set up. And I think that many of the people who are involved in offering such honours, have been part of that process and I feel very strongly that I could not accept an honour now that these issues have been dealt with in the way in which they have."


He added : "I just did my work as a critical academic looking into, in depth, the whole background, the context, the consequences of Hillsborough and in that, I don't think it is fitting that I should take an honour."

It is clear that Phil would also have been unhappy with the connection of an honour to a now defunct, but morally questionable Empire which was largely built on military conquest and exploitation. He has said : “I could not accept an honour tied in name to the ‘British Empire’. In my scholarship and teaching I remain a strong critic of the historical, cultural and political contexts of imperialism and their international legacy.”

Britain in 2017, a country where honourable men are forced to decline honours, named after a dishonourable empire and bestowed on the say-so of dishonourable politicians. 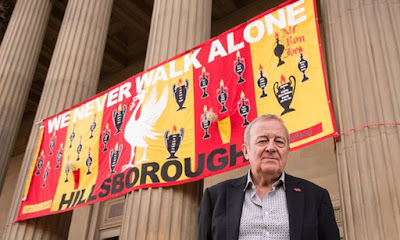