Britain is no longer a country for and says "Farewell" to the Patron Saint of children with asthma and cystic fibrosis, Doctor Archie Norman 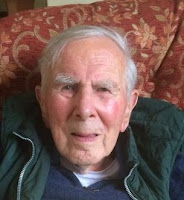 Archibald Norman, who has died aged 104, was a pioneer in the treatment of respiratory diseases and in particular, cystic fibrosis, in children at Great Ormond Street Hospital. He enjoyed a career which started after the Second World War, in which he had served in North Africa and returned to Britain after three years as a POW in Poland and a tortuous journey home via the Ukraine.

Archie was born Archibald Percy Norman in the summer of  1912 in the Lancashire textile manufacturing town of Shaw and Crompton, where his father, George, was a GP and his mother, Mary, had been a nurse who originally haled from the Isle of Kerrara in the Inner Hebrides. As the son of a doctor, his would have been an privileged Edwardian background with servants in attendance and for his education, at the age of 11 Archie was packed off to travel the 240 miles south to Charterhouse, the independent boarding school for boys in Goldaming, Surrey As a pupil he was in the same year as David Dane who would become the virologist who first isolated the hepatitis B virus at London's Middlesex Hospital in 1970.

In 1930 he gained a place at Emmanuel College, Cambridge to read 'Medicine and Psychology' and while there, had the distinction of winning a 'Boxing Blue' and did so, in the words of one of his sons : “Rather improbably for the most unpugilistic of men.”

In 1935, in his last year at Cambridge, he trained at the Middlesex Hospital under Alan Moncrieff who was a consultant at both the Middlesex and the
Hospital for Sick Children, St Ormond Street. Archie became a resident physician, living in the hospital and taking weekly whooping-cough clinics for which mothers and children queued around the block. It was Moncrieff who recruited him to Great Ormond Street, where he was a house doctor before the outbreak of the Second World War in 1939.

In addition, his dedication to care found him working, at some risk to himself in the days before penicillin, in a tuberculosis clinic in West London, where patients were traditionally offered minimal treatment and where he was acting as Assistant Tuberculosis Officer to the Middlesex County Council. Here, many of the patients were trapped in a vicious circle of poverty : suffering from TB contracted in their poverty-stricken accommodation and poor working conditions and condemned to poverty after being sacked to prevent infection. He was a long way away from that privileged home life in the North and student life at Cambridge. 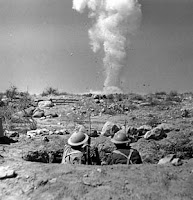 A year after the outbreak of the Second World War, at the age of 28 in 1940, he volunteered to serve in the Army and was assigned as a Captain in the Royal Army Medical Corps with 4th Battalion, Northumberland Fusiliers, who in 1941 were posted via Cyprus and Palestine to the Western Desert. There, in May and June 1942, they took part in the hard-fought Battle of Gazala which preceded the fall of the garrison town of Tobruk to Rommel’s Panzer Tank Divisions. 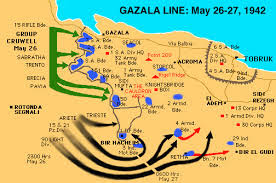 The Eighth Army’s 'Gazala Line', defending Tobruk, consisted of a series of defensive boxes, each holding a brigade, laid out across the desert west of Tobruk. Under fierce attack, Archie maintained a dressing station on the reverse slope of the forward 'Knightsbridge Box', named after the Household Cavalry Barracks. He had been wounded by shrapnel, when on June 5, orders came through from his Colonel, before he was killed later in the day, to “get away now 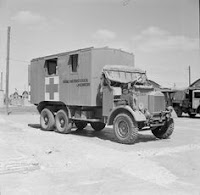 while you can." This proved to be impossible for Archie who, having dispatched a last ambulance of the wounded, found the remaining vehicles ablaze and had no choice but to surrender to the Germans.

Archie was flown to Italy as a POW and put to work in hospitals in Parma and Milan. Later he was transferred to a camp in Upper Silesia in Poland where he ran an X-ray unit, identifying TB in Russian prisoners. After the War he found out that those he had diagnosed with the illness were almost certainly dispatched to one of the death camps in Poland.

In the last months of the War, in the Spring of 1945, he found himself the senior officer of some 150 British and Indian POWs freed by the advancing Red Army, but with no provision for their safety. Archie now led the group which had to scavenge for supplies and fend off bandits as they made their way across Ukraine to Crimea, where they found a British ship bound for Gourock in Scotland.
After the War, on the strength of his men’s testimony to his leadership, Archie was awarded an MBE.

On resuming his medical career, Archie returned to Great Ormond Street and recalled that : “for those of us who had come back from the War, the late Forties, it was an extremely exciting period. So many new advances in medicine ; paediatrics itself had become accepted as a real branch of medicine, and not a junior part; there was the discovery of antibiotics that totally changed our attitude to infectious disease which was of particular importance, of course, to cystic fibrosis; last, but not least, was the advent of the National Health Service in 1948 - we could prescribe drugs without worrying whether the family could afford them, a matter of immense importance in a persistent long-term disease such as cystic fibrosis”

Working again under Alan Moncrieff, he was now able to spread his wings and demonstrate his brilliance as a paediatrician. In 1950 he set up the Hospital’s 'Respiratory Clinic' as a centre for treatment of asthma and cystic fibrosis. The latter, a genetic condition causing severe growth problems and lung disease, had only recently been diagnosed for the first time and had no effective treatments and Archie set to work to develop treatment which involved life-extending multidisciplinary care. With his combination of physiotherapy and diet he began to transform cystic fibrosis from a condition which was inevitably fatal in early life, to one in which a majority of sufferers were given a good chance of living into middle age. 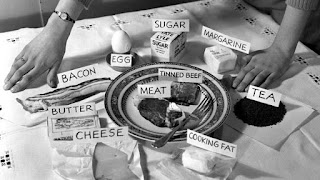 Archie recalled the difficulties he faced in the immediate post-war years as indicated in a week's ration for an adult in 1951 : "The low-fat diet was supposed to be supplemented by a high-protein diet, but as much as one insisted on children having a high-protein diet, it was virtually impossible. These were still the days of rationing; proteins of any sort, and particularly meat, were in short supply and very expensive, and certainly there weren’t many children who received even a normal protein diet by today’s standards." In addition, "the amount of interest and clinical research into cystic fibrosis in this country was infinitely less than in the USA and it is tempting to blame the effects of the War for this."

On the other hand he conceded that : "Physiotherapy, I think was really pioneered in this country, rather than in the USA, with postural drainage and chest tapping. Surprisingly these very primitive measures did decrease early mortality and at least temporarily improved the outlook for the older and therefore less severely affected child."

Archie was at the forefront of research into cystic fibrosis in Britain and in 1950 he and Cedric Carter (left) joined Martin Bodian, Great Ormond Street's Morbid Anatomist to collaborate on his book 'Fibrocystic Disease of the Pancreas', which was published in 1952 and within which Cedric established for the first time that cystic fibrosis was a disease caused by a recessive gene.

He modestly recalled that : "I had a fairly large number of children with cystic fibrosis and developed a team of dietitians, physiotherapists and social workers, who saw each family every time they attended." He noted that : "not a great deal of interest was shown in cystic fibrosis in this country, and there was certainly a tendency to believe that it did not occur at all in certain regions." He also noted that : "From the beginning we got the impression that the children with cystic fibrosis were exceptional in the way in which they overcame their difficulties, in their determination and in their intelligence."

In 1953, at the age of 41, running parallel to his career at Great Ormond Street, he was appointed Consultant Paediatrician at Queen Charlotte’s Maternity Hospital, where he worked with newly born, including rhesus babies in need of life-saving blood transfusions.

Archie realised that parents of children with cystic fibrosis had too little support and in 1964, he played a major role in founding the 'Cystic Fibrosis Trust' as a national charity 'To fund medical and scientific research into effective treatments and the development of a cure for cystic fibrosis' but also 'To provide information, advice, support and, where appropriate, financial assistance to anyone affected by cystic fibrosis.' 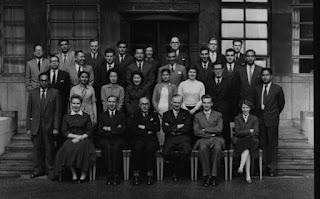 He was caught on camera with the other Great Ormond Street Hospital Team, sitting second from the left next to the bespectacled Sir Alan Moncrieff.

In 1969 through his consultancy at Queen Charlotte's Hospital he was responsible for the care of Britain’s first quintuplets, born to Irene Hanson in 1969, with the help of the team led by George Wynn-Williams, the Consultant Obstetrician and Gynaecologist. The birth made headline news and Archie was photographed with the staff, in a group photo. The tiny Hanson girls did survive and are believed to be only the second set of all-girl quintuplets to do so. 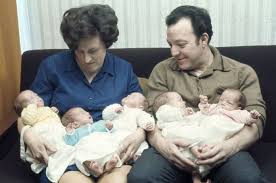 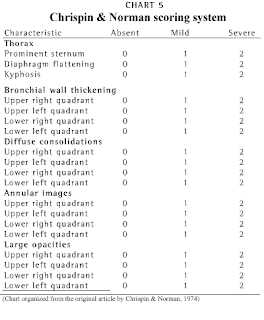 Archie retired from the National Health Service in 1972, but continued his research work and private practice and in 1974 working with A.R. Chrispin from the Department of Diagnostic Radiology, he devised measures to track deterioration and treatment response in children with cystic fibrosis in what became known as the 'Crispin-Norman Score.' It is based on the systematic analysis of radiological scans and they created created uniform terms, describing 5 radiographic characteristics. Evaluation is based on the division of the chest X-ray into 4 zones and on the classification of images into 3 categories depending on the presence and severity of alterations.

He became Chairman of the Research Committee of the Cystic Fibrosis Trust in 1978 and served until 1984 and in 1985, he was also instrumental in seeing the conversion of Great Ormond Street’s former long-term care facility at Tadworth in Surrey into the 'Children’s Trust Centre for Respite Care and Rehabilitation' of brain-damaged children and had one of its buildings is named after him. in a ceremony attended by himself and Elaine Paige, first lady of musical theatre and Trust Ambassador. 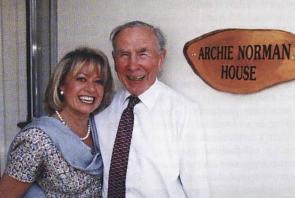 In the year 2000 at the age of 88 at a seminar at the Wellcome Institute for the History of Medicine, entitled 'Childhood Asthma and Beyond' he lightened the proceedings when he said :

"I just happen to remember I recommended that a dog should be taken away from the house because an asthmatic child appeared to be sensitive to the dog. The family came back to see me a month later and said that they had had a burglary the next day."