Britain is no country for a Green Prince, Eco-Warrior and Ladybird book writer called Charles Windsor

The 68 year old Charles, Prince of Wales, who visited Somerset in 2014 to see the damage caused by the flood waters, may well have known and sung the children's hymn : 'When a knight won his spurs', when he was a small boy in the 1950s and was doubtless told about his ancestor, King Edward II who became the first 'Prince of Wales' in 1301 and ss a young man he would have been the premier knight of the realm of England.


"When a knight won his spurs, in the stories of old,
He was gentle and brave, he was gallant and bold
With a shield on his arm and a lance in his hand,

For God and for valour he rode through the land.

No charger have I, and no sword by my side,
Yet still to adventure and battle I ride,
Though back into story land giants have fled,
And the knights are no more and the dragons are dead.

Let faith be my shield and let joy be my steed
'Gainst the dragons of anger, the ogres of greed;
And let me set free with the sword of my youth,
From the castle of darkness, the power of the truth."

As well as the hymn, the young Prince Charles would have also been familiar with Ladybird Books and as he grew older moved away from the 'Peter and Jane' reading books to more serious topics like 'The Story of Metals.'

Now that he is the old Prince Charles he has been given the opportunity to produce the first of a new series from Ladybird Books aimed at explaining complicated subjects to a mass and adult audience and 'the complicated' subject he has chosen is 'Climate Change.' This is not surprising since Charles has been an eco-warrior for a number of years and has said : "Ignore the headless chicken brigade [climate change deniers] and do something practical." 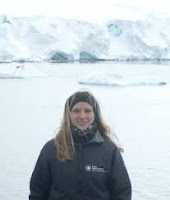 He has co-authored his 52-page, 5,000 book with former Green Party Parliamentary candidate, Tony Juniper and polar scientist, Emily Shuckburgh and in it he claims that there is overwhelming scientific evidence that largely man-made global warming causes catastrophic events, including the recent flooding in parts of Britain and rising global temperatures. His front cover is a flood rescue from the year 2000. Despite the fact that the publishers have said the book had been extensively peer-reviewed by scientists, including the Royal Meteorological Society, his critics have said that he risked being too partisan on the controversial issue when there was still disagreement among experts. 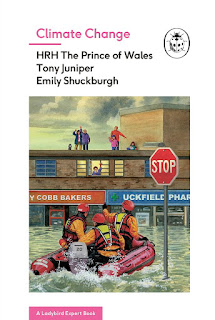 If his motivation is to enlighten, change opinion and generate action, Charles and his fellow eco-warriors have a mountain to climb. Last year official figures indicated that the 'carbon footprint' for the pollution caused by Britain's consumption has not decreased but, on the contrary, increased slightly and the amount of greenhouse gases linked to goods and services consumed by British households, rose by 3% between 2012 and 2013. Admittedly, the figures cover imported and domestically produced goods and services consumed in the Britain, which account for more than half (55%) of the total carbon footprint alongside heating homes and fuelling household vehicles with fossil fuels. 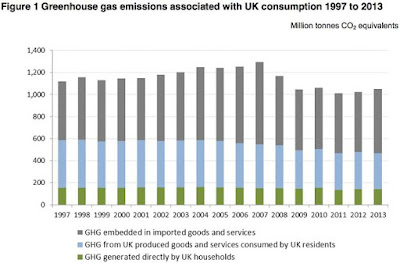 The graph indicates that Britain's greenhouse gas emissions fell significantly between 2007 - 2009, but have plateaued ever since, running above 1,000,000,000 tonnes per annum.

So the Green Prince rides forth, like the good knight of yore, and says to himself :


"still to adventure and battle I ride
And let me set free with the sword of my youth,
From the castle of darkness, the power of the truth."

Labels: No country for a Green Prince