David, who has died at the age of 68, had fallen ill not long after directing two episodes of the crime drama series 'Silent Witness', entitled 'Remembrance', the second of which was broadcast on BBC1 this week and featured a dedication to him in the end credits.
It seems fitting to celebrate the work of  a director whose work has reached and entertained millions in mainstream audiences over the last 30 years.

David was born 1948 in Hollinwood, an area of Oldham in Greater Manchester, the son of Hilda and David, who already had two daughters and had obviously postponed a third baby until the Second World War was over in 1945, As his elder sister Evelyn recalled : "When David was born I was nearly eight and my sister Emily was 15 so he was quite a surprise to us all. The fact he was a boy was even better." Brought up in a working class area, he attended Limeside Primary School built in 1931 and housed in a large traditional red brick building on the Limeside Estate. 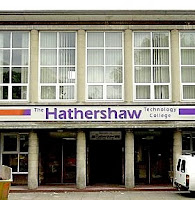 David had suffered from pneumonia as a child and was unwell with a chest infection when, in 1958, he sat his eleven-plus examination and the family was overjoyed when he passed and started to attend the Hathershaw Technical High School in 1959. He developed a strong interest in painting and having passed his 'A' levels, attended the Coventry College of Art where he graduated with a BA in Fine Art in 1969, but not before, as his sister Evelyn said : "Painting was put on the back burner when he and some friends from College decided they wanted to make a film."  As a footnote : for his extra-curricular activity, in his late teens, he played for Oldham Rugby Union Club at Keb Lane.

As a Lancashire lad, it was entirely appropriate that, after graduation, he should begin his broadcasting career with Granada Television which had started in 1956 under the North of England weekday franchise and was marked by a distinctive northern identity and an arrow pointing north. Based at Granada Studios on Quay Street in Manchester, for the next fifteen years he worked as a young director on factual programmes :  news, current affairs, documentaries, music shows and arts programmes. It was a time in which he made films in Britain, the USA, the Far East, China and throughout Europe.

David made the transition to directing drama in 1986 when he made three episodes of 'The Practice', which ran for 47 episodes as a soap opera produced for ITV by Granada Television and aired for two series in 1985 and 1986. Set in a GP's surgery in the fictional Manchester suburb of Castlehulme as a twice-weekly medical drama, it was hoped it would become Granada's second regular networked soap along with Coronation Street, with the idea that its hard-hitting story lines would be a competitor with the BBC's EastEnders. 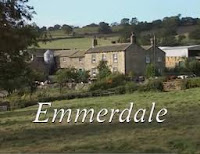 At the age of 41 in 1989, David directed the first of six episodes, over the next two years, of his next soap opera, 'Emmerdale', known as 'Emmerdale Farm' until that year, set in a fictional village in the Yorkshire Dales, which had first been broadcast on 1972 and was produced by ITV Yorkshire and filmed at their Leeds studio. 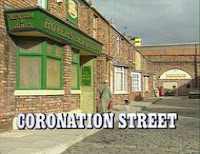 It was a the director of 57 episodes of 'Coronation Street' from 1990 to 1993 that David made his name, in what was the soap's thirty-first year and his first episode on the 26th February reached an audience of over 21 million viewers. This was the year that the programme's production base was moved out of the main Granada Studios complex and into Stage One, a refurbished warehouse next to the outdoor set which served as its own dedicated studio. 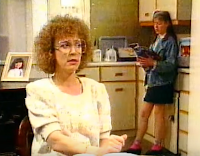 Between 1993 and '94, he directed 13 episodes of the 20 episode series, 'September Song.' which starred Russ Abbot as Ted Fenwick who, when his wife died, joined his friend Billy Balsam in Blackpool, played by Michael Williams.
https://www.youtube.com/watch?v=Gjix6y-S-Lo&t=1m44s

In 1997 he directed 4 of the 6 episodes of the tv mini-series, 'Reckless', in which the young doctor, Owen Springer, played by Robson Green, returned to Manchester to care for his ailing father and proceeded to fall in love with an older woman, played by Francesca Annis, who just happened to be married to his boss.
https://www.youtube.com/watch?v=OJVTSKuxb6k&t=4m50s

In the same year he directed Liam Cunningham in 'Police 2020' which was intended to serve as the pilot episode of a British police drama set in the near future, but didn't make it to fruition.

In 1998 he made four of the six episodes of  'Reckless : The Sequel', again in a Granada Television production for the ITV network and in the opinion of 'Variety' : ' 'Reckless, the Sequel,' though unimaginable without 'Reckless,' is in fact superior to its inspiration. At two hours, it’s a tauter, more polished product, rich in humour and filled with sharply etched, if not entirely well-rounded, characters. Tech credits are aces, as is David Richard’s crisp direction.'
https://www.youtube.com/watch?v=mYLzcOPPWns&t=4m24s

In 2000 he directed Ross Kemp in his first role for ITV, in the tv movie, 'Hero of the Hour', in which he played a security guard who foiled an armed robbery and became a national hero, but whose new-found fame cannot appease his guilty conscience. Ross required hospital treatment after being shot in the face when a stunt went wrong.
https://www.youtube.com/watch?v=celfe3XFV2Y&t=1m30s

In the same year he had, perhaps his greatest success with 'This Is Personal : The Hunt for the Yorkshire Ripper' and was given the Best Director Award at the New York Film and TV Festival and was nominated for the British Academy Television Award for 'Best Drama Serial.' It starred Alun Armstrong and was a dramatisation of the real-life investigation into the notorious Yorkshire Ripper murders of the late 1970s, showing the effect that it had on the health and career of Assistant Chief Constable George Oldfield who led the enquiry.
https://www.youtube.com/watch?v=qgABQKJ70js&t=15m05s

In 2001 he directed 'Red Cap' a tv movie drama about the Military Police's Special Investigation Branch stationed in Germany. The team, including new member Jo McDonagh, played by Tamzin Outhwaite, started an investigation when it is found that a British Corporal who attempted suicide was driving the car of Kirsten Railton-Ulmke - the missing wife of a British Army Captain. The success of his pilot led to the two 6 episode series in 2003-04, under the direction of Martin Huthchings.

In 2003 he directed the two episodes of 'Messiah 2: Vengeance Is Mine' in which Ken Stott reprised his role as DCI Red Metcalfe, a man totally dedicated to putting killers behind bars, but found, when his own estranged brother is found knifed in the hustle and bustle of Leadenhall Market, that the hunt for justice gets personal. https://www.youtube.com/watch?v=e7mthuIK_tc

It was at this point in his career, at the age of 55, that David joined wife Judith and Burnley-born screenwriter Paul Abbott to form their own company AKA Pictures and together they produced the 2003 two-part drama Alibi :
https://www.youtube.com/watch?v=5i-gpxlxTMI&t=1m26s
It was a psychological thriller Alibi with Michael Kitchen as Greg Brentwood, who, as the story begins, threw a surprise party for his wife, Linda, Phyllis Logan and Marcey, Sophie Okonedo, a woman who worked for the catering outfit that supplied food for the party, went back to the house after the party had ended to discover Greg standing over a dead body.

In 2004 came the tv movie for BBC Two, 'In Denial of Murder' in which Stephen Downing, played by Jason Watkins, is in prison, classed as 'IDOM' and maintains his innocence for the murder of a young woman, Wendy Sewell, in the village of Bakewell in 1973 and Don Hale, played by Stephen Tomkinson, is the crusading journalist determined to prove his innocence.
https://www.youtube.com/watch?v=tPBveqU7JyA&t=1m50s&t=1m56s

The following year David made 'Perfect Day : The Wedding' as two-hour tv movie, initially broadcast on 'Five', it centred on a group of university friends who reunite five years later for the wedding of Tom, played by Tom Goodman-Hill and Amy, Claire Goose and tells the story of old loves rekindled, marriages falling apart and the problems of career women finding love. It was well received, both by viewers, drawing some of the channel's highest figures and by critics. So successful was it, that it spawned both a prequel and a sequel under other direction.

Also in 2005 he made 'The Taming of the Shrew : Shakespeare Re-told', written by Sally Wainwright, in which a young harridan MP Shirley Henderson played by Kate Minola marries a title in order to advance towards her goal of becoming party leader. David himself said : " The original play is very big, quite bawdy in some places, comedy. It isn't a piece of naturalism and we took that same note for our adaption of it "
Rufus Sewell said of playing Petruchio : https://www.youtube.com/watch?v=B_4Jk48v928

In 2007 he directed the tv movie 'Empathy' in which Jimmy Collins is released after a nine-year jail term for manslaughter and back into the outside world, found that whenever he touched somebody he was able to get flashes of their deepest, darkest secrets.

'Little Devil' in the same year, ran for one season, and involved a ten year old boy who decided that if being a little angel couldn't save his parent's crumbling marriage he should perhaps try the opposite approach.

The following year he directed 'Albert's Memorial'  for ITV in which terminally ill Albert, played by Michael Jayston, summoned old war buddies Frank, David Warner and Harry, David Jason, to his hospital bed with a bizarre request : when he died, he wanted them to snatch his corpse from the hospital morgue and drive it, in Harry's taxi, to Germany, where they all met, for burial.
https://www.youtube.com/watch?v=wvhbO-ksyrY 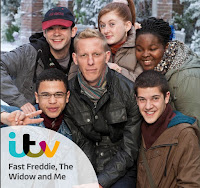 'Fast Freddie : The Widow and Me' was an ITV Christmas Special in 2011
which centred around Jonathan Donald, a wealthy,arrogant car salesman, charged with drink driving and sentenced to 60 hours community service at the Moonbeam Club for unruly kids where he befriended 'Fast' Freddie, so named for his skill at computer games, a teenager dying of a kidney disease,brought up in foster homes and for whom this will be his last Christmas.
https://www.youtube.com/watch?v=JrTvU3lCuvw&t=1m08s

In 2011, for Sky 1, he directed 'The Runaway', a six part adaptation set in London and New York during the 1960s, in which Cathy Connor played by Joanne Vanderham, is the daughter of a prostitute, Madge who everyone assumes that she will be following in her mother's footsteps. https://www.youtube.com/watch?v=hP0Vai1pIWk&t=0m42s

In addition to 'Silent Witness' and the programmes highlighted, David also directed episodes of 'The Bill', ' The Grafters', 'Wild at Heart'. 'Foyle's War'. 'Vera' and 'DCI Banks.' 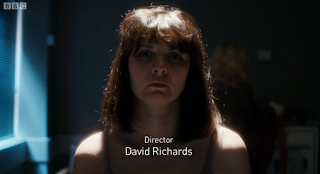