Roger, who is 76, was found in the car park of Hereford bus station on 7 November 2015 and was initially accompanied by two men who flagged down a passing ambulance. As paramedics assessed him, one of the men, described as having an American accent, left the scene, fuelling suspicion that he was a relative who was trying to abandon the frail old man.

After tests at the County Hospital showed that Roger was suffering from dementia, he was taken into a nursing home run by Herefordshire Council, where he gave his name as 'Roger Curry' and told staff and doctors that he was not from the area and had been “training” nearby, which led police to contact veterans’ organisations in case he was a former serviceman.

Sgt Sarah Bennett, from West Mercia police, was given the task of  finding out who the mystery man was. She initially assumed it would be a formality, since dementia patients regularly go missing and most are found in hours. But when she checked missing persons' reports locally, she couldn't find anybody listed matching his description and expanded her search nationwide.
https://www.youtube.com/watch?v=EQ5A7lft2i8&t=2m19s

Police spent months trying to work out who Roger was, but drew a blank, despite contacting local care homes, hospitals and local police. West Mercia Police spokesperson, Adam Vanner, said : “We ran his fingerprints through our database and put out a national broadcast to every force to see if he matched with any of their missing people.” In addition, he said : “Roger does not say much but speaks with either an American or Canadian accent, so we contacted both embassies. We notified the Missing Persons Bureau and our corporate communications put out an appeal through the local media. The man is described as being white, tall and of slim build with grey hair, blue eyes and grey stubble." 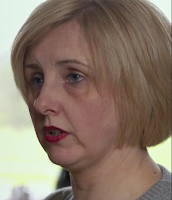 Meanwhile, in the Credenhill Court Rest Home, Roger was well looked after. Amanda Bow, the manager said that they'd learned nothing about Roger since he arrived there and "He's a blank canvas, completely blank," She also said tears would be shed if he was eventually identified and had to leave. "It'll be devastating, because he's our Roger. We've adopted him."
https://www.youtube.com/watch?v=EQ5A7lft2i8&t=3m38s

A police breakthrough came when Debbie Cocker responded to a BBC Midlands Police Appeal, having found a old photograph on the internet from a 1958 Yearbook for 'Edmond High School', just north of Seattle in the northwest state of Washington, which appeared to show Roger in his younger days,

Roger's case was taken up in a BBC TV, 'Panorama' investigation, which found that court papers filed in LA stated that : 'In late 2015 Mr Curry was taken surreptitiously to England by his wife Mary Curry and his son Kevin Curry and abandoned there.'

Roger Curry had been tracked down by investigators to a a burnt-out house following a fire at his home in 2014 in an affluent suburb of Los Angeles. Neighbours identified the mystery man as Roger Curry, a former nurse married with two children.

Once he had been identified Roger was taken, whether he liked it or not, in July 2016, from the care home in Britain where he was clearly loved and was repatriated back to the United States and placed in the hands of the care authorities in Los Angeles.
https://www.youtube.com/watch?v=EQ5A7lft2i8&t=20m26s

What checks were made by the British authorities that Roger would be transferred from one caring environment to another and back to a country where his nearest relatives had dumped him 3,500 miles away in a foreign country ? 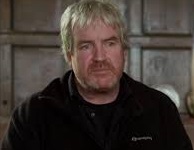 Clearly none because during the course of the Panorama programme, the reporter, Darragh MacIntyre, said : "A few weeks ago I flew back to Los Angeles. Roger was now living in a nursing home a few miles from his Los Angeles home. I walked straight in but nearly didn't recognise him. He appeared dishevelled - unwashed and thinner than I remembered. He also had what appeared to be a cut on the crown of his head. When I visited a second time he looked better. Shaven and washed. But again I had walked in - unchallenged - and there didn't seem to be anything to stop Roger wandering away."
https://www.youtube.com/watch?v=EQ5A7lft2i8&t=24m25s

In fact, the programme, entitled 'The Mystery of the Unknown Man', interesting though it was, was all about Darragh's efforts to locate and question Roger's son about his role in his Father's abandonment and Roger, who was clearly the most important figure in this sorry tale, was relegated to a minor role.
https://www.youtube.com/watch?v=EQ5A7lft2i8


What Darragh's programme revealed was the background story of the gentle old man British authorities had put on a plane and sent back to the USA. If they had had the time, money and inclination they would have uncovered, before they sent him back, that he :

* once lived in an affluent suburb of Los Angeles where the movie 'Back To The Future' was filmed, where he was a nurse and married with two children. A neighbour, Jennifer Apon, said: "I'd see him come and go from work. He would wear white scrubs, so I knew he was a nurse. He just seemed like a very wonderful, kind family man and I just had a very good feeling around him."

* developed dementia and his wife Mary Jo became unwell. Their son Kevin initially acted as their carer in recent but not so long ago he hadn't been welcome at the family home. In fact, Roger had taken out a restraining order on him 17 years ago.

* in 2014, he and his wife had a fire in their house which had to be abandoned and they ended up camping out in the yard.

* three months before he was abandoned in Britain, a neighbour
had found him and his wife locked behind the fence the local authority had erected around the house and had called the police. Apparently, Kevin had been bringing them food and was suspected of locking them in, but wasn't prosecuted. because his Mother told police it was her idea and they took no action. https://www.youtube.com/watch?v=EQ5A7lft2i8&t=14m32s

* was flown to Britain in November 2015 by Kevin and his mother and was abandoned there with the implication that this was an attempt to avoid the high cost of Roger's nursing care in the USA. Roger's future is now being decided by US courts. The Los Angeles authorities have taken control of his care. That's being challenged by Kevin and his mother, but the legal papers show that the authorities accuse them of taking Roger to the UK and abandoning him there.

Darragh MacIntyre said in the Panorama programme : "I did manage to find Kevin's sister, Jeanette, who I knew had been estranged from the family for some years. The 27-year-old was upset when I told her about her father. She knew nothing about him turning up in England but thought Kevin could have arranged it. Her biggest worry though was that he might be returned to LA. As far as she was concerned he was safe and well in Britain."

Britain, a country where an old man with dementia, was unable to live out his days 'safe and well' in a care home, where the staff had fallen in love with "this gentleman who enjoyed chocolate muffins and the odd sherry at night."