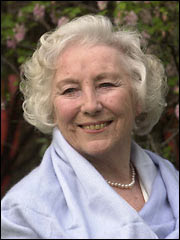 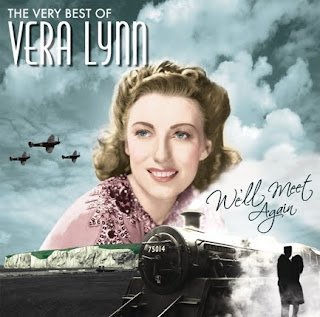 So, the Second World War 'Forces Sweetheart', Dame Vera Lynn, has become the oldest living artist to top the UK record album chart at the age of 92.
She was named the 'Sweetheart' following a War Time poll in the Daily Express newspaper, and travelled thousands of miles, often at great personal risk, to sing to the troops in Egypt, India and Burma.

She achieved her success with her album, 'We'll Meet Again - The Very Best of Vera Lynn', which climbed 72 places in one week. It was initially released, to coincide with the 70th anniversary of the Declaration of War in 1939.

She said she : "would never have dreamt that the album would have charted again, let alone go to number one, but there you go. You never know what's round the corner, do you?".

Her most famous song ,'We'll meet again' was written and composed by Ross Parker and Hughie Charles in 1939.

So will you please say "hello",
To the folks that I know,
Tell them I won't be long.
They'll be happy to know,
That as you saw me go,
I was singing this song.


A spokeswoman for her record company,Decca, said:
"She has proven that music of this vintage and significance can still resonate with the British public."
Paul Gambaccini, however, has a more logical explanation. When interviewed on the B.B.C. he made the point that " the L.P. record has come to the end of its role in recording ". He went on to say that young people today, download individual tracks from the internet and shuffle those tracks. Album sales are down and individual sales are up.