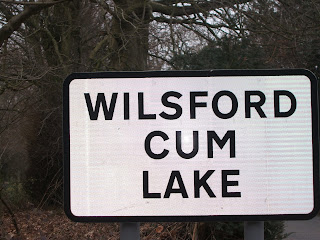 I've been away from home staying with friends in a cottage in a hamlet to the south of Salisbury. The cottage is a stone's throw from the beautiful River Avon and was built in the 1860's as part of the 'Art and Crafts Movement' inspired by William Morris to set about reviving rural crafts. My friend has a photo taken at the time, showing ladies with spinning wheels in front of the cottage.
A stone's throw away runs the River Avon, where members of the 'Piscotorial Society', who rent their rods on a yearly basis, catch their trout. This stretch of the River managed by Stuart, the 'River Warden'.

There has been a settlement here since Celtic times over a two thousand years ago, with a Celtic chieftain's burial mound by the road, on the ridge above the hamlet. 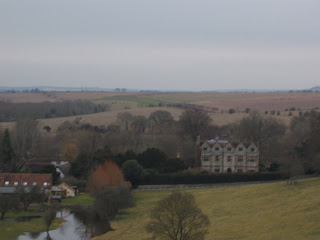 The present 'feudal lord' lives in 'Lake House', shown in the picture. The Lake was drained years ago, but it makes brief a reappearance after heavy rain, as is the case in the photo. The present resident of the house is the 58 year old, Gordon Matthew Thomas Sumner, better known as the musician 'Sting'.

Apparently,he was inspired by surrounding barley fields to write his ballad :
' Fields of Gold'.

'You'll remember me,
When the west wind moves,
Upon the fields of barley.
You'll forget the sun,
In his jealous sky,
As we walk in the fields of gold'. 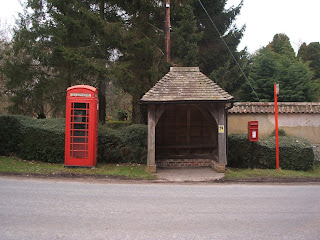 I'm reminded that the sentiments expressed in the 1848 Anglican hymn, 'All Things Bright and Beautiful', are as true today as they were then, but politically correct, modern versions of the hymn, have the following verse deleted :

The rich man in his castle,
The poor man at his gate,
God made them, high or lowly,
And order'd their estate.