Britain Today in a Tale of Two Supermarkets 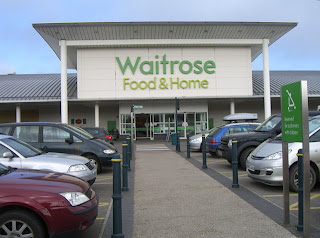 Salisbury, in Wiltshire, is a provincial city with the tallest cathedral spire in the country. It also has a solid middle class base and this is evidenced by its thriving Waitrose Supermaket. Here is a review which I found on a web site called 'bview' and my own visit to the shop confirm what is said below :

'Wonderful service and products.
Pros: The Waitrose in Salisbury store is well situated with a large car park and lots of space.
The store is relatively new and the whole atmosphere is lovely.

The range of stock is very good, they have a large home section that stocks TVs , furniture, bedding, lighting and toys. The food section has a large Deli, fish counter and a bakery section.

The staff are very helpful and knowledgeable about the products the sell.
There are rarely times where you have to queue.

The store has a post office within it, which is open Sundays as well as all the usual days and times that the store is open. 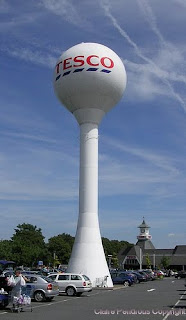 Gillingham, in Kent, is part of the 'Medway Towns' conurbation. It once benefited from its next door neighbour - the mighty Chatham Dockyard, but the yard closed in 1970 and the Medway Towns have been in decline ever since. Needless to say, Gillingham doesn't have a solid Middle Class base, but does have a busy Tescos Supermarket. I went to 'bview'to check it out, but unsurprisingly, there were no reviews of this supermarket.

If, I had returned bloated sachets of decomposing catfood to Waitrose in Salisbury, I would have been given a full refund without hesitation.

If, I had later claimed a discount which had not been recorded on my receipt, I would not have been chided for not having the receipt, but would have been offered an apology and possibly a little gratification in recognition of my inconvenience.