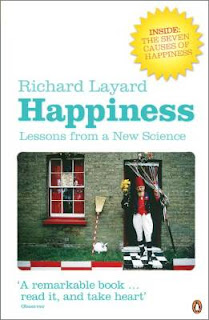 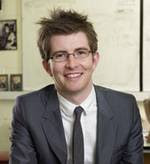 I would like to suggest that the Government set up a 'Ministry for Happiness' with the 75 year old Lord Layard of Highgate as its Minister. He is a programme director at the London School of Economics and is making a reputation as a promoter of Happiness. As Junior Minister I would suggest the 34 year old choirmaster, Gareth Malone, whose work is currently featured in the B.B.C. television series. 'The Choir'.

Layard's suggestions won't do much to help the many old people in Britain today who are clearly unhappy, but by targeting the young, we might do something to produce happier old people in the Britain of tomorrow.

He argues that in Britain today, the growth of the economy has become major objective. The thing is, there seems to be no relationship between wealth and happiness. Since 1945, Britain and western countries have got steadily richer but not happier.

Layard thinks that governments weren’t responsible for making their citizens happy, but for providing the environment in which they may be happy.
He isn’t calling for an increase in 'nanny state' regulation, which he saw as reducing happiness since it reduces personal freedom, but creating conditions which would favour happiness.

He recognises that there are many things that make us happy: personal freedom, democracy, relationships with family, friends, colleagues , communities and employment. His argument says, that in Britain today there is a problem with too much individualism – the pursuit of happiness through material success relative to others’ material success.

Instead, we should measure success in part in terms of being of use to others. This counters individualism, increases trust and empathy and satisfies us more fully as the social beings we are.

We should also have private pursuits which have ‘intrinsic' worth. He makes the point that doing something which is virtuous and good and not dependent on how much money you have, but satisfies you in a way that lasts.

How could this be achieved ?

First, our schools should promote 'life-skills' and values as well as knowledge.

Second, we should increase co-operation and reduce competition within society – again through education. Less emphasis on performance league tables and more support for parents to help create healthy relationships.

Third, reduce commercial pressures on children by increasing regulation of adverts targeted a them.

I'll end with a mention of the current B.B.C. series 'The Choir', which traces the progress of the remarkable Gareth Malone, in creating a 'Community Choir' in the unlovely town of South Oxhey. To me it is a perfect example of the 'Laylard' route to happiness.
If you drop in on the episodes through the link below, you will be richly rewarded.