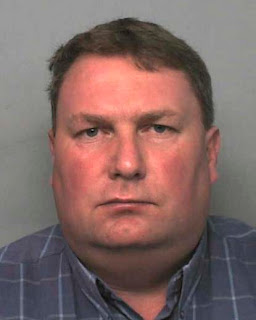 This is the face of a 39 year old rogue trader called Billy Smith who, along with his 20 year old son, conned £100,000 out of vulnerable pensioners for unnecessary building work.


The pair have been tried and jailed. They pleaded guilty to 'fraud by false representation and obtaining property by deception', after an elderly woman they conned contacted police. Smith was sentenced to 45 months in prison and the son was handed a nine month suspended sentence for two counts.

The Detective Constable who led the investigation, said : ”This is a despicable series of crimes in which Billy and Riley Smith actively preyed upon elderly and vulnerable people. Even after requests by victims to be left alone, they returned repeatedly and stripped them of all their assets."

Here is the catalogue of their 'known' evil exploits :

* received £50,000 from a vulnerable pensioner in Dorset over a three year period, after revisiting him several times for more cash.

* tricked an elderly woman in Surrey into making payments of £16,000 for unnecessary repairs to her roof.

* repeatedly visited the home of an elderly woman in Middlesex and made off with £7,000.

A bit more research on my part,revealed that this is going on all over Britain and that the number of rogue traders has grown considerably during the last 12 months. New research claims that in that period there were more than 4.6 million 'botch' jobs .

In Norfolk :
An 85-year-old widow was "taken for a ride" by a rogue trader who charged her more than 100 times his quoted figure for repairs to her house.

In Wales :
Police have launched an investigation after an elderly couple paid £3000 to rogue traders for work which was not done.

In Necton, Norfolk :
Police are warning people to be wary of rogue traders after two men were seen acting suspiciously.

In Suffolk :
Police look at spreading awareness about rogue traders.

In Yeovil :
There have been a number of incidents in which vulnerable householders have been conned by rogue traders.

In Scarborough :
Two rogue traders have been jailed for conning a "vulnerable" woman out of more than £6300.

In Great Yarmouth :
Police are urging Martham residents to be vigilant following reports of rogue traders operating in the area.

In Peterborough :
Residents are being urged to be aware of rogue traders following an incident.

In Thanet, Kent :
Builder Darren Ellis came to the aid of a local church after rogue traders made a mess of its car park when a cowboy outfit dumped a load of sticky tar.

The stories in detail :