Rada-trained, star of  the films 'Zulu Dawn,' 'Young Winston' and 'Supergirl' and one of the most admired actors of his generation has died at the age of 70.

What you possibly didn't know about Simon, that he :

* was  born in Beckenham, Kent where his father was a car dealer.

*  wanted to be an actor from an early age and joined at Alleyn's School in London, the home of the National Youth Theatre at the age of 13 and then trained at the Royal Academy of Dramatic Arts, then worked in reportary theatre in the provinces and occasionally in London's West End.

* got his big break in theatre came in 1967 when playing in Joe Orton's 'Loot' led to a number of small film and television roles before in 1971,  played the title role of Winstone Churchill (right) in Young Winston which brought him to national prominence.
http://www.youtube.com/watch?v=f6UmKsqz6aQ&feature=related 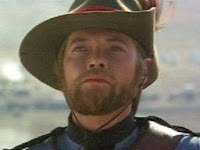 * played one of the lead roles in the 1976 aerial adventure 'Aces High' then starred as Lt. William Vereker in the 1979 film 'Zulu Dawn' (right)http://www.youtube.com/watch?v=w5wgNELfwO8 and later film roles included 'Zor-El'  in 'Supergirl' in 1984.


*  made few films after the 1970's, although did have a major role in the Ralph Fiennes version of 'Wuthering Heights' in 1992, alongside his daughter Sophie.

* from  2001–07, he appeared as Sir Monty Everard (left) in the tv series, 'Judge John Deed' and in 2007–10 as Bishop Stephen Gardiner (right) in 'The Tudors' and in 2010  appeared in the title role in the British tour of 'The Madness of George III and said that he was drawn into the life of the King who enjoyed simple pleasures, his family and his religion and feels pained by what he had to suffer.

Horatio on the death of Shakespeare's Hamlet :

"Now a noble heart is breaking. Good night, sweet prince. May hosts of angels sing you to sleep.—Why are those drums approaching?"