*  only found his medals were valuable after going on the ITV antiques programme 'Real Deal' and now hopes to get £12,000 for them at auction next month.

* has a collection which includes one from the UN for his work in Cyprus in the 1960s, General Service and Northern Ireland medals, a South Atlantic Medal and the Republic of Korea Service Medal. 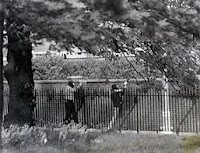 * during the 1980 siege of the Iranian embassy, when six gunmen took 26 hostages, killed one and threw his body out of the building, was one of a SAS team flown into London by helicopter and outside the Embassy (left) fired gas cannisters and was part of the successful rescue bid which killed five of the terrorists.http://www.youtube.com/watch?v=_p4DmuGyehc&feature=related

* in 1982, was also one of several troops used successfully to attack Argentine forces on the Falklands ahead of the main British assault, having been secretly dropped in three weeks before and passed important information back to Britain without being detected.

* has had a dealer offer him £10,000 pounds for the medals and say that, if they went to auction, the pair would split anything raised above that sum and has them go under the hammer in London in September.

* said : "I’ve decided to sell because my two children don’t want the medals and I’ll soon be 70 and as they say, if you don’t let your medals leave, you’ll leave your medals and the money will be useful of course." 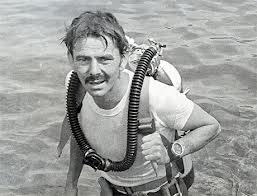