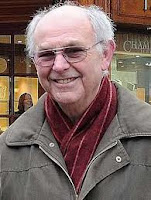 A recent article in 'The Daily Mail' was entitled :

It made the following points, about 71 year old Michael Graver who was in Abbeygate Street in Bury St Edmonds on February 28 2011, that he :

* became very angry when a gang of armed smash-and-grab robbers on mopeds nearly knocked over his wife on their way to raid a jeweller's.

*  tried to shove one moped and its occupants over, chased one of the robbers into the shop and grabbed a bag with £22,000 worth of watches from him as he tried to escape and the man, who was wielding a sledgehammer, was so shocked that he stopped and did a double-take at his empty hands before leaping back on his getaway vehicle.

* was awarded £500 for his 'commendable fortitude and bravery'. 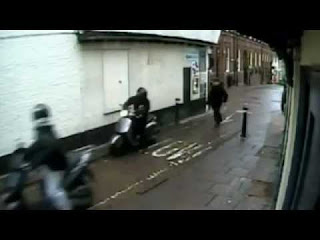