Britain is no longer a country for and says "Goodbye" to that large, loved and irreplacable old actor, Richard Griffiths

Immortalised as 'Uncle Vernon Dursley' in the Harry Potter films and hailed as one of the greatest and most-loved British actors by co-stars and colleagues, Richard died on Friday at the age of 65 after complications arising from heart surgery.

If a film was made about his life it would tell of a small boy :

* was born a Yorkshire lad, after the Second World War in 1947, in Thornaby-on-Tees in the North Riding. 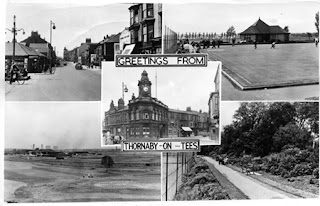 * with a Mum and Dad who were both deaf, had to point to food he wanted and otherwise would have starved and learned sign language to communicate with them.

* gradually learned to speak and by the time he was four, was taken everywhere by his parents as their ‘voice’, translating their sign language in shops.

* had a father who was a steel-fitter, drank, could not always earn enough to feed his family and, to make ends meet, fought all-comers in pubs for cash.
of a boy who :

* saw family debts with moneylenders mount and was left with a determination never to borrow money.

* was painfully thin and, on the recommendation of the family doctor, had  radiation therapy to alter his metabolism and help him gain weight only to have his pituitary gland permanently damaged and his weight balloon.

* witnessed the violence between his mother and father with her lashing out with fists and feet and ran away from, what he would call his 'loathsome' home on a number of occasions.
of a teenager who : 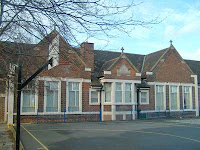 *  left his Catholic school, Our Lady and St Bede in Stockton-On -Tees at 15 and was offered, through his father, a job as a steelworker, which he snubbed, much to the old man's fury.

* worked as a porter in a Littlewoods store and was convinced by the manager to go back to his studies, attended a drama class at Stockton and Billingham College and continued at the Manchester Polytechnic School of Drama (right).
of a young actor in his twenties who : 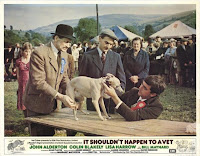 * settled for a time in Manchester, did the rounds of local theatres and got an early break in films, with a small role as a character called 'Sam' in 'It Shouldn't Happen to a Vet'.

* found work at the Royal Shakespeare Company, starting in minor comic roles: an officer in Trevor Nunn's musicalised ,'The Comedy of Errors' in 1976 and bespectacled in the background on the right and Pompey in 'Measure for Measure' at the age of 21 in 1978.
a coming actor in his thirties who :

* played the flustered King of Navarre in John Barton's 'Love's Labour's Lost' at the age of 31 in 1978 and a year later played the dimwitted hero who becomes a studio bigwig in Nunn's buoyant revival of George Kaufman and Moss Hart's satire on Hollywood, 'Once in a Lifetime'.

* made, in 1986, his unforgettable appearance in 'Withnail and I' as the life-loving, genially promiscuous 'Uncle Monty' bursts into the friend's bedroom to announce his desire to have him "even if it must be burglary" and on hearing his death, Richard E Grant (Withnail) has said :
"Chin-Chin my dear friend. I feel too gutted to talk without falling apart. Suffice to say I feel I’ve lost my adored Uncle Monty".
https://www.youtube.com/watch?v=jEoCd1HN_fI


* joked that Monty was "one of the stately homos of England" and found the role put him in demand as a spokesperson and figurehead for gay causes, whereas he was happily married to an Irish actress called Heather Gibson.
* in the tv sitcom, 'A Kind Of Living', from1988 -90, was a father who couldn’t even be bothered to give his baby son a name and who at six months old, was just called "Og".
a mature actor in his forties and fifties :

* went on to appear as Henry Crabbe, the gourmand and disillusioned cop, in the tv series, 'Pie in the Sky' from 1994-97
https://www.youtube.com/watch?v=v2UapYTaMSc
and from 2001 on, was a fixture in the Harry Potter films as Uncle Vernon Dursley who forced the boy-wizard to live in a cupboard under the stairs.
https://www.youtube.com/watch?v=3VXlpXb7YUo
an old actor :

*  in 2004,  originated the role of Hector, the teacher, in Alan Bennet's play 'The History Boys' directed by Nicholas Hytner and won the 2005 'Laurence Olivier Award' for 'Best Actor', took the play to the USA and reprised the role in the 2006 film version.
https://www.youtube.com/watch?v=45OsKkHhv90

* mastered the tricky role of Hector who was both a brilliant teacher and a habitual boy-groper and showed him both as a convincing life-enhancer, getting the boys to improve their French by impersonating the inhabitants of a bordello and at the same time a deeply flawed human being.

* in 2008, was back at the National Theatre playing WH Auden in Alan Bennett's 'The Habit of Art' in a complex play-within-a-play structure which allowed him to portray both Auden, the apostle of freedom and intellectual bully and a tetchy actor worried about his lines and missing a lucrative voiceover engagement.

* used his capacity for grumpiness to great comic effect in his final appearance on the London stage, last summer, in Neil Simon's, 'The Sunshine Boys' as one half of a vaudevillian double act with Danny DeVito, briefly united and bound together by mutual loathing'
https://www.youtube.com/watch?v=02kLSwRS26U

* said when interviewed :  "However long you live in your heart you will always feel emotionally as you did when you were 17 or 18. You burn the same way you burned. You lust the same way you lusted. You despair the same way you despaired. You feel guilt. You feel aggression. The emotions are permanently on fire."
an actor who was remembered by : 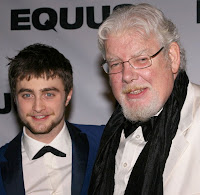 Daniel Ratcliffe, actor :
"Seven years later we embarked on Equus together. It was my first time doing a play but, terrified as I was, his encouragement, tutelage and humour made it a joy. In fact, any room he walked into was made twice as funny and twice as clever just by his presence. I am proud to say I knew him."

"His currency as an actor was truth; as a colleague it was hilarity. His anecdotes were legendary. They were, literally, endless. They would go on for hours, apparently without destination, constantly side-splitting. The only way to stop them was to tell him you were walking away, though there were always others in the audience so, as far as I know, he never stopped. He was the life of every party." 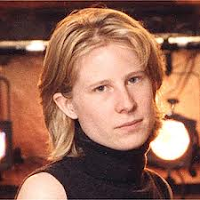 
"I worked with Richard more times than any other actor. Everybody knew he was my favourite. He was the most tender, gentle, kind, generous, loving man. His curiosity was unending, as was his striving for perfection. I cannot imagine a world without all those stories. I will miss him so very, very much."

* Simon Beresford, agent :
"Richard brightened my days and enriched the life of anyone he came into contact with. On stage he allowed us to share in our own humanity and constantly question our differences.Richard gave acting a good name. He was a remarkable man and one of our greatest and best-loved actors".