Andro who was an author fascinated by the relationship between people and land has died at the age of 68 from a heart attack while on the isle of Eigg, researching for a new book on the history of land ownership in the Hebrides.

What you possibly didn't know about Andro, that he :

* was born in Edinburgh, the son of former actress of great beauty, Marjorie McIntyre, a formidable character who later became a campaigner for the arts and the environment and novelist father, Eric, then at the peak of his reputation.

* grew up by the sea outside Tain in the Highlands, where, along with his three brothers and sisters, was largely left to his own devices and developed an independence of character.

* attended Belhaven Hill School in Dunbar, East Lothian (left) and then the independent boys' school, Winchester College, before studying modern history at New College, Oxford in the early 1060's and where, according to his brother Magnus : "Neither school nor university offered him a settled compass."

* in a university vacation, canoed, with a friend, down the River Danube from Upper Austria to Belgrade and the next year, bought a motorcycle in Calais and rode, without documentation or qualification, to Northern Greece. 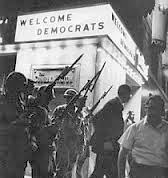 * after graduation, spent time in France, as tutor to the adopted family of the dancer and singer Josephine Baker, then crossed the Alantic and began his great love of the USA, was present at the historic Democratic National Convention in Chicago in 1968 and went on to San Francisco where he worked in an art gallery.

* returned to Britain and after a spell working for the Liberal Party, trained as a teacher in Glasgow then taught at a tough comprehensive school in west London until he was asked, in 1974, to complete writing the history of the 'Black Watch' regiment which his father had been writing at the time of his death and which was well received on its publication in 1977. 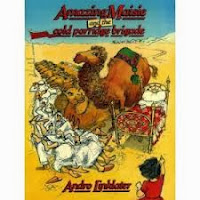 * worked for the 'Telegraph Weekend Magazine' and covered subjects ranging from classical music to powerboat racing, from wildlife to Tornado jets, from prisons to gardening, from cannibalism to computers.

* at the age of 33 in 1978, had a successful children's book in 'Amazing Maisie and the Cold Porridge Brigade', about an adventurous little girl, Cosima, who looking for a camel to ride, finds 'Maisie' who can talk but can’t bend her knees to let her on board.

* in 1980 published a life of Charlotte Despard, older sister of First World War, Field Marshal Sir John French, who enjoyed embarrassing him with her campaigns as suffragette, socialist and Sinn Feiner.

* from the mid-1980s, was based for nearly five years on the near uninhabited Isle Martin, off Ullapool on the west coast of Scotland and  rejoiced at the opportunity to work undisturbed on his biography of 'Compton Mackenzie', published in 1988.

* at the age of 42 in 1987, married the photographer, Marie-Louise Avery and settled in the Kent village of Markbeech, where he was an enthusiastic member of the choir of Holy Trinity Church and immersed himself in local causes. 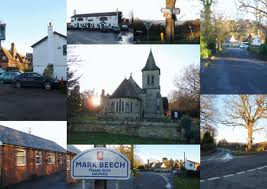 * in 'Wild People' in 1994, produced a comical and humane account of his cancelled commission from 'Time-Life' to cover the headhunters of Sarawak and his discovery that they had abandoned headhunting, used chainsaws to develop rice fields, succumbed to American T-shirts, plastic buckets and worst of all, covered breasts.

* wrote 'The Code of Love' in 2000, an untold Second World War story of a failed marriage rekindled in memory by the wife after her husband’s death, by the deciphering the code which he had used as a prisoner of war in Japan, the key to which was based on their joint names.

* in his most important work, 'Measuring America' in 2003, told how, beginning in 1785, the United States was gradually divided into squares and rectangles, using the British 'chain', the length of a cricket pitch or 1/80 of a mile, so that the Public Land Survey System could register land and make it saleable and so showed how American democracy, laws and government, evolved in large part to support the property rights of its rugged individuals.

* in 'The Fabric of America' in 2007, deepened the understanding of the nation's roots by focussing on the role of a largely forgotten surveyor, Andrew Ellicot, who defined the borders of 11 American states as well as of the District of Columbia.

* in 2009 in 'An Artist in Treason' in 2009, wrote a biography of James Wilkinson, who, a general at the age of 20 during the War of Independence, later combined high command in the Army with spying for the Spanish.
http://www.youtube.com/watch?v=VMhaHL3OXVI

* last year in his 'Why Spencer Perceval Had to Die', reconstructed of the only assassination of a British Prime Minister
suggesting that the assassin, John Bellingham, might have been a pawn, knowing or unknowing, of the Liverpool slaving and trading interests which Perceval had affronted.
http://www.youtube.com/watch?v=X3BDMnqBhN4

* awaited American publication of  'Owning the Earth: The Transforming History of Land Ownership', chronicling the enormous impact on civilisation of the once revolutionary idea : 'that one person could own part of the earth exclusively' told through the stories of unknown settlers and famous figures and putting forward the thesis that forms of property ownership have a bearing on the different kinds of government created in America, Europe, Russia, China and the Arab World. 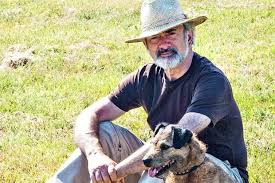 * received the tribute in the 'Telegraph' that 'He was not merely witty in himself: through his openness and generosity of spirit he became the stimulus of wit in others. Nobody was better able to set the table on a roar — and without ever resorting to the devil’s instruments of malice and spite. He treated the young — indeed he regarded them — as complete equals, enlisting himself in their cause against the entire adult conspiracy. One of his godchildren was delighted to find himself the beneficiary of a fund for Running Away From School' and
'would certainly have enjoyed more worldly success if he had worshipped at the shrine of celebrity. Something in his nature, however, recoiled from human eminence.'