Britain is still a country for and says "Happy Birthday" to a charming old stage, film, television and radio actor called Bill Nighy

Bill who is 64 years old today was born in 1949 under the star sign of Sagittarius. I don't know if he shares the Sagittarian characteristics of generosity, honesty, daring, friendliness, confidence, enthusiasm  argumentativeness and bluntness, but I do know that he :

* was born in Caterham, Surrey and his Glasgow born mother was a psychiatric nurse and his father, Alfred, managed a car garage, over which the family lived, after working in the family chimney sweeping business and as part of part his Irish heritage, Bill was brought up as a Roman Catholic and served as a church altar boy.

* attended the John Fisher Grammar School in Purley, where he was a member of the school theatre group and left in 1965 at the age of 16, with minimum qualifications and the ambition to become an author, inspired by his teenage heroes : Hemingway, Fitzgerald, Ford Madox Ford and Bob Dylan.

* got a job as a messenger boy with 'The Field Magazin'e and said later : "I used to eat my sandwiches in Berkeley Square and wave at all the Rolls-Royces. Eventually the proprietor, Sir Geoffrey Harmsworth, said "If you learn shorthand and typing, we'll put you in the sub-editors' office". Of course, rather than doing that, I ran away to Paris to write the Great English Short Story."

* failed to produce his story and was persuaded by a girlfriend to apply instead to the 'Guildford School of Acting' and at the start of his stage career, after two seasons at the Everyman Theatre, Liverpool, made his London debut in his late twenties in the late 70s at the National Theatre in an epic staging of 'Illuminatus', followed by two David Hare premiers at the National.

* in his thirties during the 1980s, put his voice to use as Samwise Gamgee in the 1981 BBC radio dramatisation of 'The Lord of the Rings' and in the radio version of 'Yes Minister' and on tv played in 'Hitler's SS: Portrait of Evil'.

* claimed that his tv part in 'The Men's Room' at the age of 42 in 1991 (right) launched his career and after quitting drink with the help of his then-partner, fellow actor Diana Quick, won acclaim in his stage performance at the National Theatre as Bernard Nightingale, an unscrupulous university don, in Tom Stoppard's 'Arcadia' in 1993.

* received some recognition by American audiences for his portrayal of overaged rock star, Ray Simms, in the 1998 film 'Still Crazy' and further prominence in Britain in 1999  with the starring role in 'The Photographer', an episode of the BBC tv mockumenatary comedy series, 'People Like Us', playing Will Rushmore, a middle aged man who abandons career and family in the deluded belief that he can achieve success as a commercial photographer.

* was never much interested in performing Shakespeare and has only done so professionally twice preferring to operate within a contemporary, middle-class context, playing a variety of "violently constrained Englishmen".

* at the age of 51, played a consultant psychiatrist in 'Blue Orange' for which he won an 'Olivier Award Nomination for Best Actor' and at 52,  portrayed crooked politician Jeffrey Grainger, in tvs 'Auf Wiedersehen Pet' and played in the costume drama, 'He Knew He Was Right', the following year.

* in 2003, played the Vampire Elder Viktor in the American production, 'Underworld' and in 2004 at the age of fifty-five, was awarded the BAFTA Film Award for 'Best Supporting Actor' for his role as shameless, washed-up rocker, Billy Mack, in 'Love Actually' (left) http://www.muzu.tv/bill-nighy/christmas-is-all-around-music-video/250600/ and followed this up with a 'BAFTA Television Award for Best Actor' for 'State of Play' .

* after he starred as Lawrence, another thwarted civil servant, in the Richard Curtis's G8/Make Poverty History drama ,'The Girl in the Café' in 2005, was approached by Oxfam and now regularly visits the G8 on the Charity's behalf, to have cameras pointed at him and thus ensure "that the plight of the poor is a live issue on the agenda".

* in 2006, appeared as 'Gideon' in Stephen Poliakov's drama, 'Gideon's Daughter', a successful events organiser who begins to lose touch with the world around him in a performance which won him a 'Golden Globe Award' for 'Best Actor in a Mini Series' and in the same year made his Broadway debut in 'The Vertical Hour' directed by Sam Mendes. 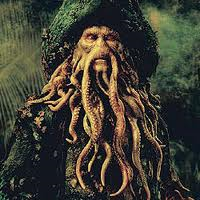 * at the age of 57, in 2006, played the role of Richard Hart in 'Notes on a Scandal', http://www.youtube.com/watch?v=S-EKMY8lRMg for which he was nominated for a 'London Film Critics Circle Award' and appeared as General Friedrich Olbricht, one of the principal conspirators, in the 2008 film, 'Valkyrie'.

* in 2009, played Rufus Scrimgeour in 'Harry Potter and the Deathly Hallows- Part 1' (right) and last year starred in 'The Best Exotic Marigold Hotel' http://www.youtube.com/watch?v=dDY89LYxK0w and this year played in 'Darkside', Tom Stoppard's radio drama based on Pink Floyd's album, 'The Dark Side of the Moon'.

* is known for his bespoke navy suits and this year was listed as one of the 'Fifty Best-dressed over 50s' by The Guardian.

* reflected on his career : http://www.youtube.com/watch?v=NoyRamnNdJ8