Britain is a country where one old butler called James Gray, unlike thousands of other old men, will not be alone and depressed on Christmas Day

Some sobering statistics : The 'Mental Health Foundation' has said that between 10 – 16% of old men and women over 65 have depression and an estimated 2 – 4% have severe depression and for those living alone, in care or coping with physical illnesses or disabilities, the figures are even higher: some 40% are affected by depression.

Depression is a problem faced by people of all ages and from all walks of life, but old men and women can suffer particularly badly.

The advice website http://www.myageingparent.com/w.myageingparent.com has published a handy guide identifying the main reasons why some find it hard to cope. The site's Director, Deborah Stone has said :
“ For some, later life can become something of a catalogue of problems or set backs, which can put us into a spiral… the loss of a partner or good friends, increased isolation, medical problems, money worries and so on. Even retirement – which some of us will see as a boon – can lead to a loss of identity and purpose. Many depressed elderly people or their relatives fail to recognise the symptoms of depression. Or if they do, they don’t take the steps to get the help they need. They may be reluctant to talk about their feelings, or too embarrassed to ask for help: many people are frightened or too proud to admit to feeling depressed.”

The website gives advice as to the tell-tale signs of depression in and old man or woman for which friends and family might watch out. However, what about those thousands of old men and women who spend much of their time alone, will certainly spend this Christmas alone and have no family or friends watching out for them ?

Question : Who will recognise when they :

• are fatigued, lose weight and appetite ?
• abandon or lose interest in hobbies or other pastimes ?
• have disturbance sleep ?
• suffer loss of self-worth, feelings of hopelessness or helplessness ?
• have increased their use of alcohol or other drugs ?
• become fixated on death and have suicidal thoughts ?
• suffer unexplained or aggravated aches and pains ?
• become irritable, anxious and worried ?
• suffer memory problems and slowed movement and speech ?

Not all lonely old men can take the initiative like 85 year old James Gray who :

* as an elderly member of the Irish community living in England, is twice as likely as the rest of the population to be alone at Christmas and in his case, born in Midleton, Co Cork in 1928 in a workhouse, because his mother was unmarried, has had no contact with his family since his first cousin died. 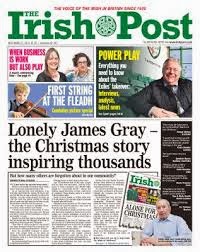 * living alone in South London, had wanted to set up a pensioners' group to meet for the traditional Christmas dinner at a hotel in Sutton, but only one response - from a lady who later changed her plans.

* having spent the past 10 Christmases alone, placed a newspaper advert asking for someone to share Christmas Day and since featuring on the front of 'The Irish Post' has received invitations from dozens of well-wishers and charities.

* said : "I'm used to the loneliness but I don't want it to be the same this year. I think there must be quite a few lonely people around and I am on my own, so it would make sense, I think, if someone came here for Christmas lunch. I just had smoked salmon and prawns on my own last year and I had to put up with it. I think the last time I saw someone on Christmas Day was when I saw my accountant about 10 years ago." 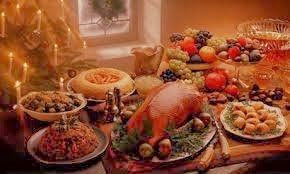 P.S. James, no doubt, would have been a stranger to loneliness at Christmas when, as a younger man, he worked as a butler in some of Ireland's and England's most lavish homes, including the Guinness family seat at Luttrellstown Castle in Dublin.