Things you possibly didn't know about Peter, that he was :

* born Peter Seamus Lorcan O'Toole in Ireland or possibly in the West Riding of Yorkshire, England, where he grew up. He is not certain of his birthplace or date.

* the son of a Scottish nurse and an Irish metal plater, football player and racecourse bookmaker.

* one year old when his family began a five-year tour of major racecourse towns in Northern England.

* evacuated from Leeds early in The Second World War and went to a Roman Catholic school for seven or eight years.

* after leaving school, employed as a 'trainee journalist' on the 'Yorkshire Evening Post'.

* called up for 'National Service' as a signaller in the Royal Navy.

* a student at the Royal Academy of Dramatic Art from 1952 to 1954 after being rejected by the Abbey Theatre's Drama School in Dublin because he couldn't speak Irish.

* at RADA, in the same class as Albert Finney, Alan Bates and Brian Bedford and described this as : "the most remarkable class the academy ever had, though we weren't reckoned for much at the time. We were all considered dotty."

* was active in protesting against British involvement in the Korean War and in the 1960s, an active opponent of the Vietnam War.

* working in the theatre as as a Shakespearean actor before making his television debut in 1954 and a very minor film debut in 1959. 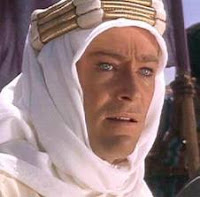 * one of a handful of actors to be Oscar-nominated for playing the same role in two different films : King Henry II in both 'Becket' and 'The Lion in Winter'.

* able to fulfil a lifetime ambition when taking to the stage of the Abbey Theatre in Dublin in 1970 to play in Samuel Beckett's 'Waiting for Godot'.

* suffering from severe illness in the late 1970s, when, because of his heavy drinking, underwent surgery and developed insulin-dependent diabetes and in 1978 nearly died from a blood disorder.

* seen again on the screen playing in the Brad Pitt film 'Troy' as King Priam in 2005
http://www.youtube.com/watch?v=1-S2DEopE7I

* offered a knighthood or honorary knighthood in 1987 and turned it down for personal and political reasons.

* and still is fan of the 'Rugby Union' and is a lifelong player, coach and enthusiast of cricket.

* able to say that the actor he most enjoyed working with was Katharine Hepburn, his close friend, with whom he played Henry II to her Eleanor of Aquitaine in 'The Lion in Winter'.
http://www.youtube.com/watch?v=WsojL-MhZB8&feature=related

John, thanks for the comment. I'm pleased you like my blog. Your James Kennaway was an interesting man. I remember seeing his 'Tunes of Glory' but don't recall 'Country Dance'. What I can tell you is that it was released in 1970 under the title 'The Same Skin' in UK and 'Brotherly Love' in the USA. You can see the trailer at TCM : http://www.tcm.com/mediaroom/video/31781/Brotherly-Love-Original-Trailer-.html and synopsis : http://www.tcm.com/this-month/article/161057%7C0/Brotherly-Love.html I'm pretty sure it hasn't had a DVD release, hence your difficulty in getting a copy. Best wishes to you.
Posted by ...............................JohnBoy at 12:47