Britain is a country where old tv foreign correspondents, like John Simpson, make programmes to convince other old men that "they don’t have to be old until they want" 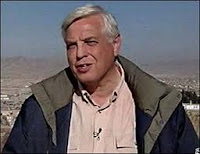 :
An article in 'The Daily Mail' today was entitled :


Why 65 is the new 55, by John Simpson: Broadcaster says age is no barrier to remaining active

He became a father again at 61 and still reports from danger zones around the world for the BBC. So it’s little wonder that John Simpson has hailed 65 as the new 55.

Apparently, the veteran 67 year old broadcaster is making a series for the BBC1 called, 'When I Get Older', in which he and other presenters examine what life is like for old people in Britain. It sounds like John  is going to present evidence to suggest that, unlike me, he believes that Britain is indeed, a country for old men because, according to him :

*  "There is a bit of crusading to do here – persuading the elderly that they don’t have to be old until they want to be and the young not to write off the elderly just yet. Being 65 now is what being 55 seemed like back in 1967."

* " If your health holds up, you ought to be able to keep active and involved until your 80s. Back in 1967 we thought that people of 65 had one foot in the grave and the other on a banana skin. Nowadays, if someone dies in their 60s it’s regarded as unusual."

In the programmes he and actress Lesley Joseph, presenter Gloria Hunniford and comedian Tony Robinson all spend time with old men and women and encourage them to become more active. However, the first episode, to be broadcast on the 4th of July, doesn't sound much fun because :

s to face the reality of loneliness after he spends time with an isolated pensioner'.

* Lesley, 69 : 'finds out more about the pain of caring for a loved one after she spends time with a couple who are dealing with ill-health.'

* Gloria, 71  : 'spends time with a grandmother who has very little money to live on.'

Of the letters published in response to the article,  'Romy' from Sussex said of John  :