Britain is a country with a tv pesenter called John Simpson, a series about old people and talk of "suicide","punishment" and "dread"

An article in 'The Gaurdian' newspaper about the BBC tv series 'When I get Older' due to be broadcast next week was entitled :


BBC's John Simpson: I'd rather take my own life than face illness in old age

John was joined by Gloria Hunniford, 71, Tony Robinson, 65, and Lesley Joseph, 69, to live with old people in Britain dealing with the depressing problems of isolation, poverty, grief and caring for an ill partner. 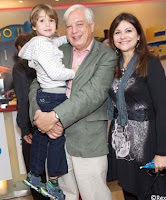 It seems to have had a depressing effect on the presenters because 67 year old John :
* spoke about his plans to take his own life, should he be faced with serious illness in his later years and said ; "I'm not advocating [euthanasia] for anyone else. But just in my own case, I don't want my own six-year-old son to have his main memories of me as a gibbering, sad old freak. I'd rather take, in television terms, the early out, rather than to hang on purely for the sake of being alive and keeping on breathing and all the other functions." 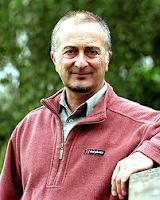 "I don't think it's too over-dramatic to say that I think care homes, by and large, are prisons that people are sent to as a punishment for being old." and "In 100 years' time British people will look back on how we treated the elderly now with the same kind of disbelief and shock and horror that we look back on child labour. I hope that this treatment of the elderly is a temporary aberration."

that moving into a care home filled her with "enormous dread", spoke about her sister, who died from dementia two years ago and "what upset me more than anything was she went into a very good care home … but when push came to shove the nursing staff, though they were terrific, there weren't enough of them to make sure my sister ate and drank the fundamentals." and "I'm afraid in Britain we don't look after the elderly, the elderly don't have the place within the family. "I do think that in some other countries the elderly do take their place at the head of the family and they are listened to. They have an opinion and they're not as invisible."

Labels: John Simson and 'When I get Older'