Britain is no country for old men because they look old

An article in 'The Obsever' newspaper today was entitled :

Elderly struck by 'epidemic' of body image and eating disorders

Anxiety over appearance on rise as over-70s struggle with stigma now surrounding ageing
Apparently, a growing number of old men and women in Britain, including those in their 70s and 80s, are suffering from low self-esteem and anxieties relating to body image.

Professor Nichola Rumsey, Co-Director of the University of the West of England's 'Centre for Appearance Research'  has said that :

*  popular opinion suggests that body image-related anxiety is a young person's problem, however, evidence suggests these anxieties do not dissipate as the years pass, but merely evolve into different types of concerns about appearance and how we are seen by others.

* appearance-related anxieties for old men and women can cause substantial distress when they " look in the mirror and see an ageing body, especially if they have very visible conditions such as rheumatoid arthritis or an obvious skin condition, for example, yet in Britain we can be very dismissive of what is often construed as vanity. Doctors are not trained to deal with the psychological impact of these anxieties, which can have a significant influence on overall wellbeing."
.
*  "It is a myth that older people don't care what they look like: the 'normal' signs of ageing can prove very depressing and many people find it hard to see themselves in a positive light when they see a wrinkled face and a sagging body looking back in the mirror.  We are now at a point where there is a social stigma around the effects of the natural ageing process, and this can lead to very low self-esteem and the classic signs of body dysmorphic disorder."

* "Older people are the wise ones we have always looked to for their experience and knowledge, and if they are preoccupied with appearance anxieties this becomes the norm for future generations." 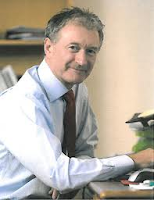 Her observations are echoed by the increasing number of body image-related cases in older people being seen by Dr Alex Yellowlees, Medical Director and a consultant psychiatrist at the Glasgow Priory Clinic, who has said :

* Britain is witnessing "an epidemic of self-consciousness. We are suffering from a collective body dissatisfaction, which is a contagion in our society, and we must acknowledge that it affects all walks of society, young and old."

* "It was once the case that we were happy to coast into retirement and relax in our old age, but now even in these later stages of life, I am seeing people who are preoccupied with shape, weight and looks in a way that was once the domain of younger people who had yet to find their path or identity in life."

* "Today everybody is acutely aware of how they look, and our appearance has become a currency we trade on. That means we value old people less because they don't fit the currency of 'youth'. This in turn leads to a lack of self-esteem in older people, because they don't feel valued by a culture that can't get past superficial image. Appearance is a very fragile currency to trade in because a civilised culture interacts on more sophisticated values such as character, behaviour and language." 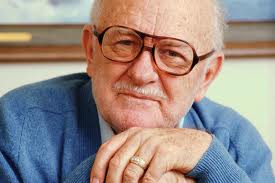