Ronald, who is 72 years old today, fist came to my attention when I saw him playing the Prime Minister, William Pitt, with his voice and gravitas, in the 1975 BBC tv series, 'The Fight Against Slavery'.

Things you possibly didn't know about Ronald, that he :

* was born in Chester, the son of Daisy and Eric Pickup, who was a lecturer and after going to school at King's School trained at the Royal Academy of Dramatic Art.

* started his tv career in an episode during the second series of 'Doctor Who' in 1964, for which he was paid £ 30 and 9 years later was starring in 'The Dragon's Opponent' as a Second World War bomb disposal expert.

* in 1973 he appeared in and was killed by Edward Fox in the film ,'The Day of the Jackal'.
http://www.youtube.com/watch?v=8fAGf1kdAOY

* in 1982, starred in the title role as composer in the acclaimed ' The Life of Verdi' written and directed by Renato Castellani.
http://www.youtube.com/watch?v=h83x3b37MVk&feature=related

* in 1987, gave a highly acclaimed performance as a decayed Russian aristocrat in the BBC series 'Fortunes of War', based on a work by Olivia Manning.
http://www.youtube.com/watch?v=HyHl1DGPZ8Y&feature=relmfu 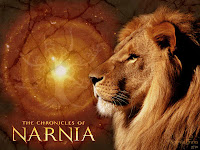 * in 1988 provided the voice of Aslan in the BBC miniseries 'The Lion the Witch and the Wardrobe'.
http://www.youtube.com/watch?v=p1p_NaEU8QE

* in 2011, was one of the main characters, Norman, an aged lothario, constantly on the lookout for a new woman and unable to face up to his own age and consequent undesirability for young women. He seeks a new start with new possibilities in Indiain 'Best Exotic Marigold Hotel'.
http://www.youtube.com/watch?v=je109DoMAHc&feature=fvsr 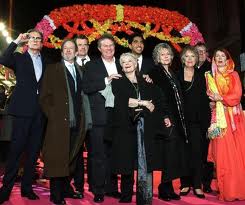