An article in 'The Gaurdian' this week was entitled :

Charles in waiting: 63-year-old pays tribute to Queen – and his own destiny?

Queen Elizabeth might be 86 but her heir, the longest serving Prince of Wales, is still nowhere near a vacant throne

It made the following points about the Prince, that he :

* despite, whatever fond imaginings he had when young, that his was just another ordinary British family, must have been unsettled on June 2, 1953 when he watched his mother being crowned in Westminster Abbey when he was four and the tv cameras caught him tugging frequently at the sleeve of his Grandmother, to ask 'what it all meant ?'
http://www.youtube.com/watch?v=cBQ3E_Yss6E 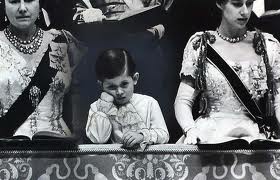 * as a growing boy, either knew enough to be told or, more likely, grasped for himself the 'delicate, unmentionable fact' that in a family of long-living women, his was sure to be a protracted wait to inherit the throne and in 2008, overtook Edward VII, below, (1901-10) as the longest serving Prince of Wales, 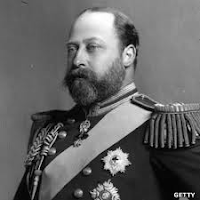 *  over the decades, has seen officials and friends assure the curious that he is perfectly 'content to wait', happy with his busy life, his charities and hobbies, his second marriage to Camilla, Duchess of Cornwall, who, the longer Charles has to wait, must have a greater chance of being acceptable as Queen in place of the fairytale Princess Diana. 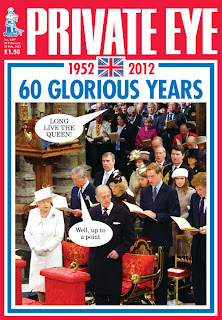 * is supposed to have told his then brother-in-law, Earl Spencer, in 1992 that : "You are fortunate enough to have succeeded to the title when still young," and confided to a well-wisher on his 56th birthday in 2004 that "  I'm at the same age at which my grandfather died."

*  if he had looked, would have seen Private Eye Magazine's  recent "Long Live the Queen" cover put things more bluntly with a speech bubble having him say : "Well, up to a point."

The article concluded with :

' Little wonder that Prince Charles must enter this weekend's celebrations with mixed feelings. He has seen how his first wife, Diana, effortlessly upstaged him. He can now see his son and heir, William, and his middle-class wife, Kate doing the same. As with talk of an abdication, speculation about bypassing Charles when the Queen dies periodically resurfaces – and fades. It won't happen.'