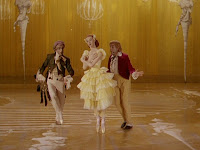 Chris Challis, Director of Photography who worked on more than 70 films from the 1930's to 1980's and was a key member of the 'Powell-Pressburger Movie Production Team', has died at the age of 93. It was his camera work and use of 'techicolour' which helped to brighten the dull, monochrome lives of boys and girls like me and my little sisiter in the cinema with Mum and Dad in the post Second World War 1950's.

What you possibly didn't know about Christopher, that he :

* was born in London and in his teens,  worked as a 'camera assistant' for Gaumont British News, an 'apprentice technician' at their Technicolor laboratory in the 1930's, a 'technician' on the early British Technicolor movies directed by Zorda, 'The Drum' in 1938 and 'The Four Feathers' in 1939 and then, during the Second World War, a cameraman with the RAF film unit.

*  was 'second unit cameraman' on 'The Thief of Bagdad' in 1940 learning much from the cinematographer Georges Périnal and from Jack Cardiff when he was his 'lighting cameraman' on 'A Matter of Life and Death' in 1946 and 'Black Narcissus' in 1947.
http://www.youtube.com/watch?v=l0Pf3K8P7gQ

* made his debut as 'Director of Photography' on the Powell-Pressburger produced film, 'The End of the River' in 1947, shot in black and white on the Amazon River and an artistic and commercial failure and then worked as Jack Cardiff's 'camera operator' on 'The Red Shoes' in 1948, not objecting to the 'demotion'  because he wanted to work on the film.
http://www.youtube.com/watch?v=WFcOqyWBKYg

*  shot 'The Small Back Room' , the tale of an alcoholic bomb-disposal expert, in monochrome and with low-key expressionist and surreal touches, chiaroscuro lighting, claustrophobic interiors and a dazzling beach climax  following Powell's request for 'Caligari lighting', typical of 1920s German cinema, for the celebrated sequence where Farrar imagines himself crushed by a giant whisky bottle.
http://www.youtube.com/watch?v=EiUTHTfp0S0
A fan's appreciation : http://www.noiroftheweek.com/2012/01/small-back-room-1949.html

* said of 'The Tales of Hoffmann' that it had "no optical effects or tricks. It was all edited in the camera with the use of gauzes, back lighting, jump and flat cuts" and since the sound of Jacques Offenbach's opera was 'post-synchronised',   was shot like a silent film, which freed the camera, and so was able to roam at will through the extraordinary sets designed by Hein Heckroth.

* in 'Gone to Earth' in 1950, according to Duncan Petrie in his book on British cinematographers, demonstrated his  'ability to imbue the landscape with an almost elemental quality which shapes the lives of the characters who inhabit it'.
http://www.youtube.com/watch?v=JRWAwm7cUpA

*   shot 'Oh… Rosalinda!!', Powell and Pressburger's fey updating of 'Die Fledermaus' in a studio, making, with the Art Director Heckroth,,extensive use of the wide horizontal frame, broken up with blocks of colour to compensate for the lack of deep focus of CinemaScope.
http://www.youtube.com/watch?v=vmEWI6wkwXA

* was, with his expertise in colour cinematography, a popular choice for British film makers of the 1950's and worked on comedies, including 'Genevieve' and the 'Story of Gilbert and Sullivan' both in 1953, 'The Captain's Table' in 1958, 'A Shot in the Dark' in 1964,http://www.youtube.com/watch?v=pg5sRDJtqNc&feature=related
'Those Magnificent Men in their Flying Machines' in 1965 and 'Chitty Chitty Bang Bang' in 1968. 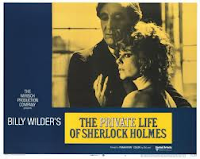 * worked on, Billy Wilder's 'The Private Life of Sherlock Holmes' with striking location photography in Scotland but clashed production designer Alexandre Trauner, claiming that he built his intricate sets without regard to the 'practicalities of film-making' and complained that Wilder showed 'little interest in the visual aspects of the film', being too preoccupied with the script and performances.

* won the BAFTA award for 'Best British Cinematography' in Stanley Donen's 'Arabesque' in 1966, with its shifts of focus and disorientating camera angles as part of the mystery tale and in 'Two for the Road' in 1967, captured the luscious South of France locations.
http://www.youtube.com/watch?v=2HPtSGg2b4s

* had American director, Martin Scocese say of him : "It is not possible even to begin to take the full measure of the greatness of British filmmaking without thinking of Chris Challis who brought a vibrancy to the celluloid palette that was entirely his own, and which helped make Britain a leader in that long, glorious period of classic world cinema." 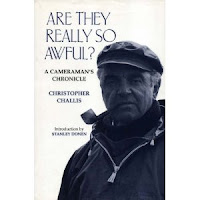 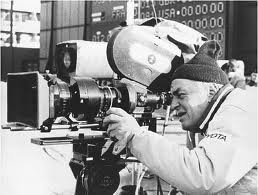 * was an accomplished and enthusiastic still photographer, joined The Royal Photographic Society in 1936 and remained a member until his death, saw his autobiogrphy, 'Are They Really So Awful ? A Cameraman's Chronicle' published in 1995 and was given a tribute lunch in honour of his career by BAFTA in 2011.